The Palestinian Association for Cancer Patients in Partnership with Pal-Think for Strategic Studies and FXB France organized a “For You We Bloom” initiative, where 48 cancer patients were trained on embroidery. Besides, an exhibition of their works was held in Al-Nakheel hall, at Al-Burij camp in the middle area in Gaza strip. Which comes as a part of promoting the culture of non-violence project, that aims to empower marginalized groups and disseminate the culture of non-violence as a life approach.

The event, attended by patients’ parents, local dignitaries and journalists, was welcomed by the initiative coordinator, Areej Abdel Jawad, saying: I am pleased to thank Pal-Think for its prominent role in helping cancer patients and for its contribution to community development.

Then she added, this initiative aims to help cancer patients by highlighting their role in society, changing their traditional perception and taking non-violence toward them.  She stressed that social, cultural and recreational activities targeting more than 80 cancer patients were carried out, and they were trained on embroidery in order to master a handicraft which will help them in making their income and being able to afford high treatment expenses.

She emphasized since cancer fighters are beautiful and powerful, I can, through an initiative, show that they can get out of pain and stress, because the participants have come out with every thread and negative energy, then replace it with a positive one. By this, they make art and beauty, which is what they have encouraged them to be more creative and to be interactive.

The ceremony was followed by some artistic performance such as the Palestinian Dabke, and short play highlights the importance of non-violence, dialogue and acceptance of the other in everyday life.

She added, when we disseminate a culture of non-violence and the community believes in it, they then constitute a societal pressure toward a comprehensive national reconciliation, starting from home, school, and street. Plus, we have a generation who is born in a divided and full of conflicts world that has seen only violence.  Also, it is regrettable that the suicide case that resulted from unemployment and economic conditions has recently spread.

Then she thanked the women for taking part in the initiative and exhibition. After that, she stressed that the idea of the initiative is not to give in to any violence, disease or conflict.

It worthy to mention that the exhibition contained dozens of various handicrafts which were produced during the initiative by participants.

Furthermore, Zaynab Abu Amra, aged 57, a mother for seven children said: I have recently recovered from cancer, I relief myself by doing embroidery, with each stitch I thank Allah. Then she added, embroidery is my favourite hobby from my childhood till now. Plus, she stressed, I trained all the women in the association, and during the initiative, I produced two thobes, embroidered Palestine’s map and a logo for the Palestinian Cancer Society.

While her colleague, Feryal Abu Khadra, aged 55, said: I am currently in the final stages of recovery, I trained on embroidery during the initiative.  And she added, by the help of my two colleagues we managed to make a tablecloth.  Over and above, she stressed Embroidery greatly reduced my anxiety and helped me to feel relieved, especially as it is a time-consuming activity and keeps my mind busy. Finally, she said we will not give up to the disease and we will die of our well and we should have strong faith and determination. 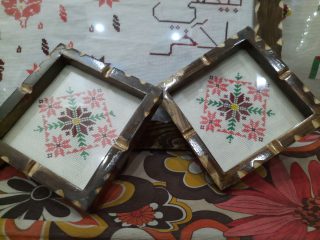 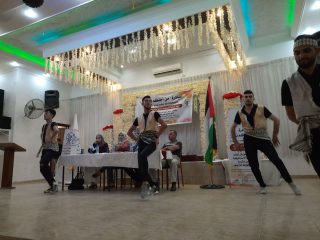 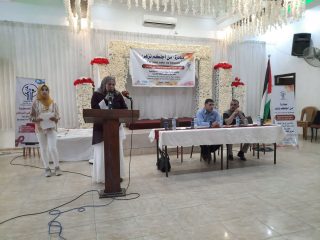 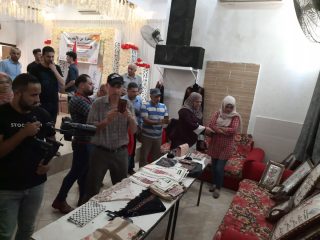 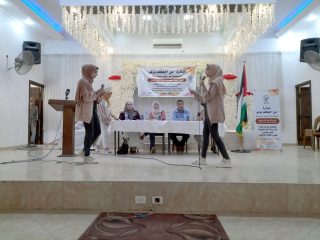 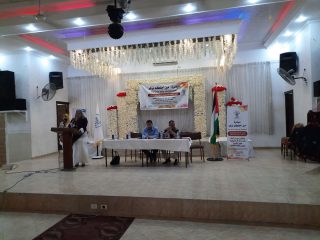 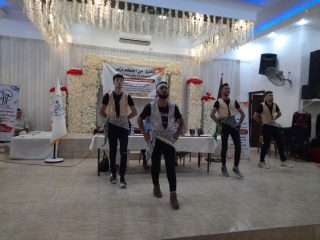 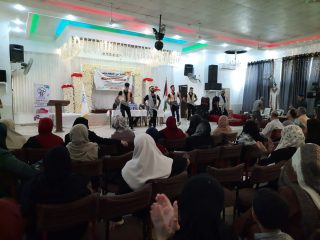 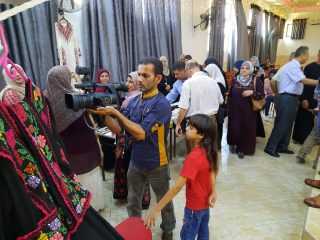