Witness center for citizen rights and social development concludes the activities of the  First Annual Kashif Forum. Which was in partnership with Pal-Think for Strategic Studies and FXB France within the project “The Palestinian Consortium for Non-violence: towards a regional movement on Non-violence “. This event was held at the Golden Old City Hotel in Nablus, with the participation of 25 media students and media workers.

The two-day event covered the theme of media education and press ethics in the digital media age presented by the lecturer at Birzeit University and member of the Ethics Council of the Observatory Saleh Masharqa. Besides, The meeting discussed the ethics of the photo that Mr Alaa Badarna, photographer,  has shown. Plus,   the correct way to verify photos before they are published and used in a way that does not expose journalists to legal accountability.

In addition, Ms Lobna El Ashqar , a lecturer at Birzeit University, reviewed many things. Firstly, hate speech. secondly,  the difference between hate speech, bullying and threats. She managed to do that by giving live examples of issues raised by hate speech and bullying across social media platforms.

Moreover, Baker Abed El Haq, a member of the Palestinian Observatory of Inquiry and Media Education ( KASHIF), gave a practical training on the basis of verification, its tools and mechanisms in the digital media environment. plus,  how to take advantage of geographic and temporal elements and evidence of their diversity into the verification process.

As well as, the Hebrew department official in KASHIF, Ismat Mansour, reviewed the Hebrew content and the means of verifying it. Also,  he provided examples of media deceptive use of Hebrew sources, mistranslation, and disregarding the context.

Furthermore, participants in the meeting expressed their benefit from its topics, which will reflect positively on their professional practices. Additionally, they valued the idea of verification and the best practices of the press. 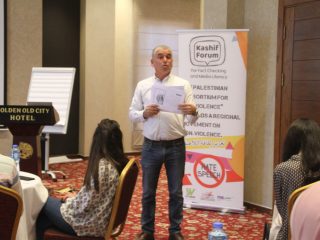 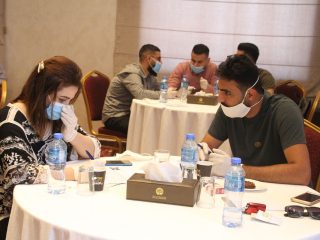 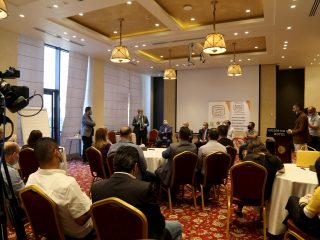 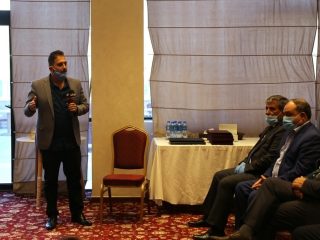 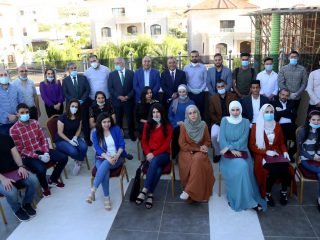 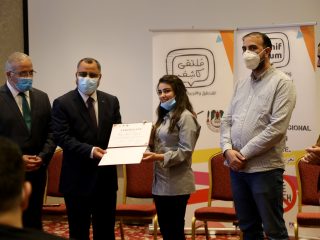