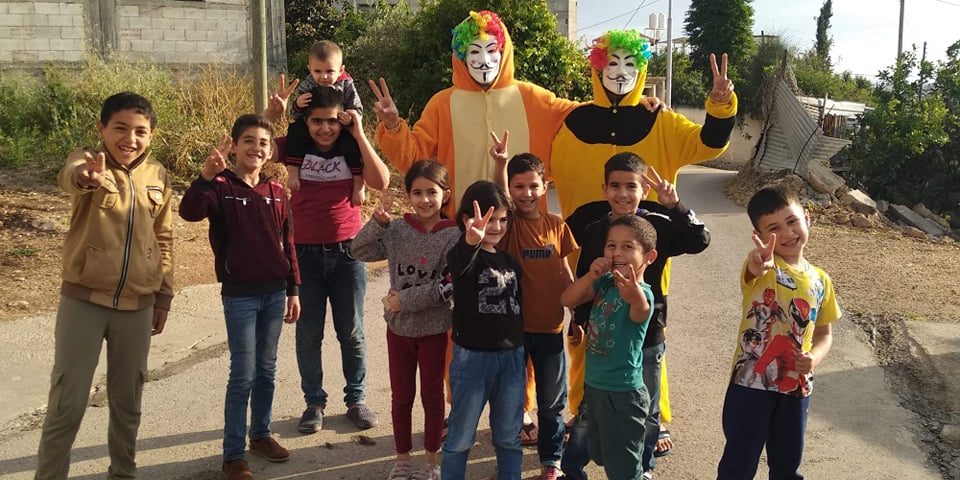 AlAwda Centre for Child and Youth Rehabilitation in Tulkaram camp concluded the initiative of promoting a Non-violence Culture in partnership with the Pal-Think Strategic Studies and FXB France to enhance a culture of dialogue and non-violence within the project “The Palestinian Consortium for Non-violence: towards a regional movement on Non-violence”

As a result of quarantine in Palestine, a group of electronic meetings were held across social media platforms in Tukaram Governorate. Those meetings targeted different groups with the aim of alleviating the conditions which Palestinians live. Besides, they aimed to disseminate a culture of non-violence in light of the current health situation which is affecting many aspects in life including social and economic ones. As well as, the e-awareness workshops aimed to deliver communication tools for parents through messages from specialists to viewers aimed at reducing the violence and problems caused by the quarantine.

In addition, the initiative organized three recreational meetings aimed at children inside their homes through social media platforms in the Tukaram refugee camp and through Al-Awda centre and Tukaram Mex camp, where children were invited to attend special hours on social sites to present some offers. Those offers targeted more than 300 children at home by following the live broadcast of these episodes.

Moreover, during the initiative, field activities were carried out in some rehabilitation institutions where children with disabilities reside. Such activities were offered days of entertainment to alleviate the violence caused by the children’s disabilities through various activities provided by a voluntary team at Al-Awda Centre. Within these activities, gifts were distributed for children.

Besides, entertainment activity was carried out in a lane in Tukaram governorate and some neighbourhoods in the presence of a group of clowns, by taking in consideration the social distancing, where children stood in front of their homes and gifts were distributed to them.

Furthermore, Alla’ Al-Sarouji, activities coordinator in Al-Awda centre, confirmed that this initiative comes to join efforts exerted by Pal-Think for strategic studies and by the support of FXB France. Plus, the special activities of the initiative have been brought into line with the current situation in the COVID-19 pandemic. Nonetheless, the initiative enhances people’s skills to raise a culture of non-violence while they were in their homes. 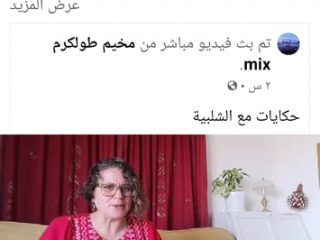 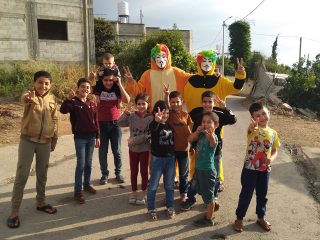 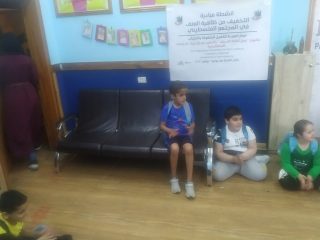 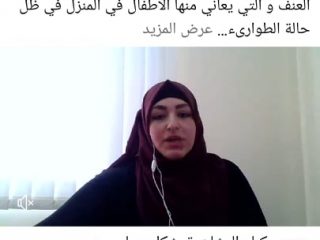 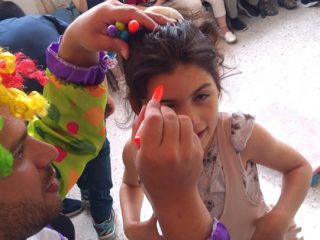 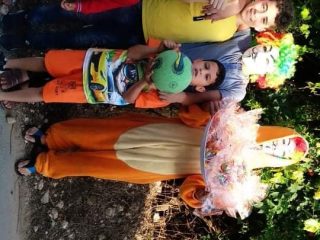 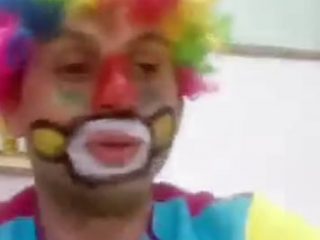 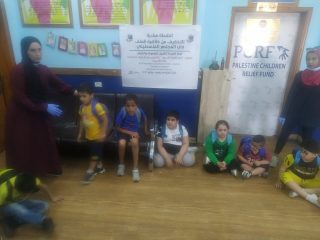