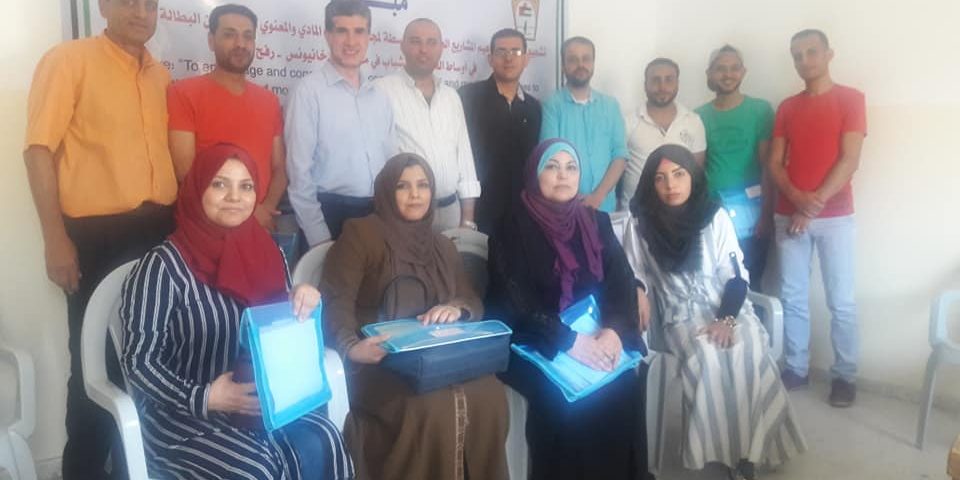 Refugee Popular Committee (RPC) at the Middle Area’s refugee camps initiated a training course about “Encourage and consolidate the concepts of small and medium enterprises to confront the physical and moral violence resulting from unemployment and poverty”. The training course is a part of the “Palestinian Consortium for Nonviolence” project; in cooperation with Pal-Think for Strategic Studies and FXB France. One of three locations where the training was parallelly conducted, 24 male and female graduates attended the Bureij camp cohort, where Omar Shaban, Director of Pal-Think, and a number of community leaders and figures, had inaugurated the training.

Adel Mansour, Director of Gaza Strip refugee camps, welcomed the participants and wished them success in improving the performance of the RPC and relaying knowledge learned to their peers. He had also thanked Pal-Think FXB France and the Bureij RPC for contributing to the implementation and sustainability of the training.

Director of Pal-Think, Omar Shaban, thanked the participants for attending and emphasized his organization’s readiness to connect with RPC in service of university graduates through similar comprehensive projects, stressing the need to intensify efforts towards reducing violence in all its forms in Palestinian society, and the need to promoting peaceful alternatives to get out of the current crises.

Mr. Hassan Jebril, Head of Bureij Refugee Popular Committee, pointed out that it was one among a series of training programs the RPC had implemented throughout the year. In an effort to capacitate and qualify students and graduates of both genders.

On his part, Ayman Aldirawi, a trainer on the program, explained the objectives of the course and emphasized the importance of creativity and entrepreneurship through small and medium enterprises. He also listed some of the expectation the trainees must meet for the course; such as creative thinking, proposal writing, and conducting feasibility study for proposed projects, and directing young people to find solutions to the problem of unemployment instead of addressing violence, which is due only to material and moral losses on all groups in Palestinian society

Meanwhile, another course has been launched in Rafah, and in Al-Shati’ refugee camps. Attended by a number of community and RPC leadership, and a representative from Pal-Think, Director of Al-Shati’ RPC Ahmed Alqoqa stressed the importance of the course in the development efforts of the Palestinian youth for their country’s prosperity, he also called on all civil society organizations to cooperate to promote a culture of non-violence and community peace, and to focus especially  on the youth as a tool for change in their society. 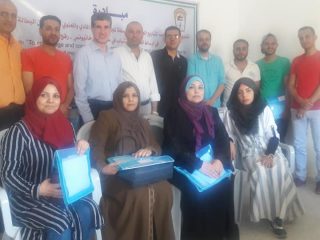 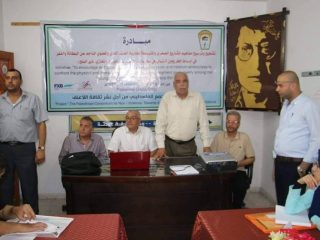 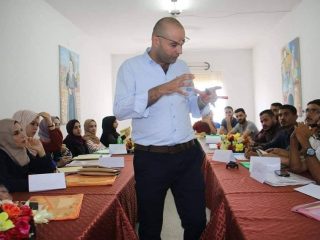