Marathon of Non-violence for Youth

In partnership with Pal-Think For Strategic Studies  and FXB France, Palestinian Social Media Club concluded “Listen To The Audience” initiative. Indeed, the initiative aimed at enhancing the terms of civil peace and non-violence in the Palestinian society and worked on conveying the message of journalists, influencers and officials of civil community. This initiative was part of ” The Palestinian Consortium for Nonviolence Throughout the initiative, three episodes were broadcasted via Facebook. During the episodes, specialists and activists in social media were hosted and discussed the right of information acquisition as this right is tightly attached to civil peace and human rights.

Mahmoud Barbar, first guest and specialist in social media, talked about the Palestinian status in social media and how to acquire validated information and how this is related to non-violence culture.

Following the second guest and specialist in E-Marketing and Information Security, Mohammad Abu-Muailek, he shed spotlight on some techniques on how users can protect their social media accounts from hackers. “All users have the right to protect their data and personal accounts” He added.

In the third episode, Hiba Al-Abadla’a, journalist activist, brought on table diverse social issues such as violence, blackmailing, intolerance and how these issues got viral through comments and posts on social media networks. 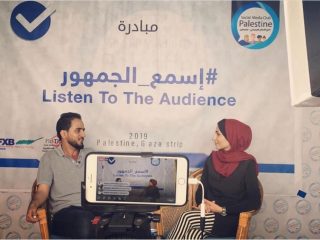 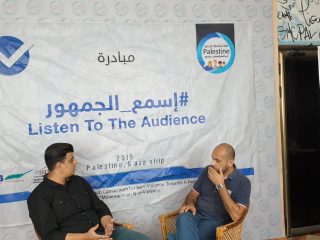 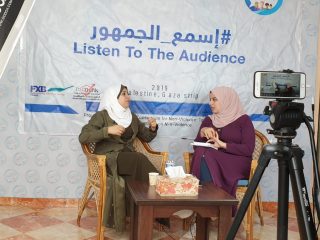 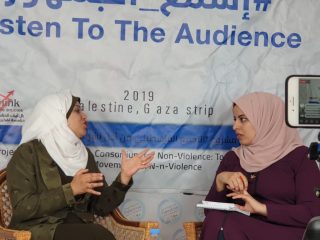