Under ” The Palestinian Consortium for Nonviolence ” project and in cooperation with PalThink for Strategic Studies, Gaza Culture and Development Group implemented an initiative entitled “Inspiring” that is part of the Group’s activities that aim at enhancing the culture of non-violence in the Palestinian society. This initiative chiefly targeted women whom they had previously been exposed to any form of violence.

As a matter of fact, the initiative formulated special sessions for psychological support. Having been gathered, four women who had previously witnessed forms of violence and who had been capable of overcoming these forms were trained on public speaking skills and on how to effectively and influentially express themselves through the stories they had lived.

Furthermore, these women inspired others by telling their stories in regard to how they both coped with and overcame violence. Following the sessions, women listening were given space to talk about the situations of violence they had witnessed and what ways they had used to deal with violence. Moreover, these women were directed and guided towards the secured and safe methods and steps to face violence. In addition, women reciprocated their experiences pertaining to violence during the sessions held.

Stories and experiences varied by combining two groups of women, total 81 women, who had attended sessions separately. This activity positively affected other women on how to face violence.

At the end of the sessions, the targeted women expressed how much confidence they gained after attending the sessions. In addition, they thanked PalThink and Gaza Culture and Development Group for holding this kind of sessions that played a significant role in not only contributing in raising confidence for them but also contributing in well orienting them to abate and abolish violence. 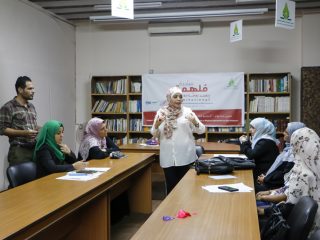 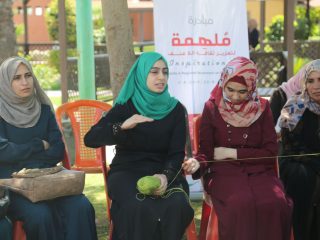 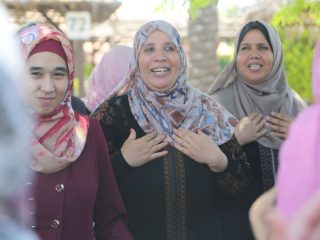