In the fourteenth episode of ” Non-violence is a Life Style” radio program, Pal Think For Strategic Studies highlights the role of universities student councils in promoting non-violence culture among the university student within “The Palestinian Consortium for Nonviolence” project, implemented by Pal-Think and FXB France.

Mr. Mahmoud initiated the episode explaining the qualitative leap the students go through when moving from schools to universities. Within this leap the students prospective expand, the experience and its nature vary, and the responsibilities increase, even the form of violence changes,  as we find a decrease in physical violence among them and the emergence of other forms such as discrimination among students on a regional, political and social basis. He also added that the levels of violence are generally lower than in schools because of the existence of clear rules within Universities.

Mr. Mahmoud also pointed out the violence practiced in secret against the female students as a result of the absence of the culture of non-violence that should be included as a reference for order within universities.

He stressed ” the curriculum at the university should be enriched with ideas that support and promote non-violence, especially issues of gender, acceptance of the other, and dialogue. This can be achieved through teaching compulsory or elective courses in non-traditional methods by contracting between university departments and certified trainers. Noting that such training is carried out by civil society organizations, but at best it cannot reach all university students with its limited efforts”.

The second guest Mr.Ezz mentioned, “There is an inverse correlation between the educational level of the individual and the level of their adoption of violence as a behavior.” Therefore, we need to adopt a culture of peace because violence in all its forms is a bomb that can only be avoided by non-violent conflict resolution methods. In Palestine, we suffer the effects of political division and the culture of the prevailing party interest over the public interest. These effects can only be eliminated by promoting dialogue, establishing tolerance, and generalizing the principle of acceptance of the other as it is.

He also pointed out to the universities philosophy in adopting compulsory courses (requirements) regarding ethics and religion at the rate of 30 hours out of  140 hours and the role it plays in the dissemination of culture and the promotion of thought and modifies the general behavior of students as the university deems appropriate. However, this does not represent the role assigned to the frameworks and student councils that may be busy with performing a partisan role within universities.

According to the role of the student’s councils as Mr.Ezz stressed, it is not limited to the union work it does. It also contains many cultural, artistic, and social committees that carry out the dissemination and promotion of several cultures stemming from the Council’s ideology. The reality of student councils in the Gaza Strip suffers from many challenges and difficulties, where there are only two university councils.

Existing student councils provide spaces for expressing opinion freely,  through holding debates and discussion meetings between students and the university administration regarding the pros and cons of university life. The impact resulted from receiving university students guidance from their council peers is stronger than the impact of receiving guidance theoretically through courses taught in the form of question and answer and success and repetition system.

Eventually, both guests agreed that depriving the university students of their right to choose their representatives and test the election experience, negatively affects the culture of non-violence. Especially in the allocation of spaces for all spectrums and social, political, and cultural groups to express themselves, and its impact on the principle of interaction with the others. 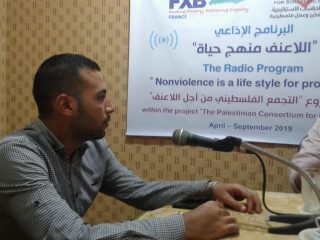 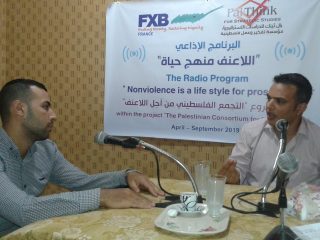