In partnership with Pal-Think for Strategic Studies and FXB France, Al Wedad for Community Rehabilitation Association concluded “Peaceful despite Pressure” initiative, through a theatrical show e entitled “The Democrat.”

The initiative comes within “The Palestinian Consortium for Nonviolence” project. It aims at spreading the culture and behaviors of dialogue and constructive debate as a civilized method in solving differences and conflicts, in addition to promoting reconciliation and tolerance among the Palestinians, as this culture is always positive and contributes constructively to the development of societies.

The aim of the initiative as Ms. Mona Abu Shawareb, the coordinator of the initiative, stressed is “enhancing the role of theater and dramatic arts in spreading the culture of non-violence and civil peace. This theatrical show discusses the importance of freedom in creating and developing the inner peace of the individual, combating authoritarianism, and dictatorship. It also shows that youth can lead society and themselves towards change, through the peaceful tools of expression that each individual has”

The show represented the state of violence and authoritarianism, and the conditions that the young people in the Palestinian society face, stressing that youth have to find the right way through the word freedom without discrimination, since freedom is the real reason for achieving civil peace and build a tolerant society free from violence.

The show was attended by 200 young people between the ages of 18 and 45, who showed a positive interaction in discussing theatrical scenes at the end of the show. During their participation, they expressed their understanding of the mechanisms of tolerance, dialogue, cooperation, and effective ways of communication, all attendees e stressed that these values should be disseminated in the Palestinian society as basics that should be built upon while demanding social and political reconciliation. 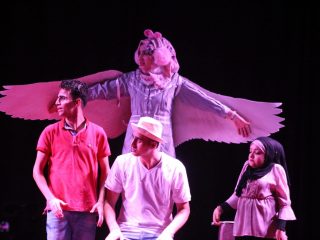 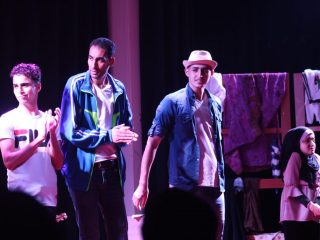 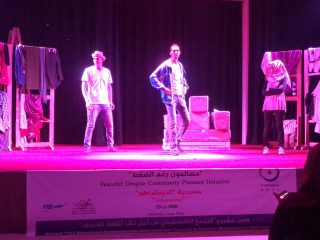 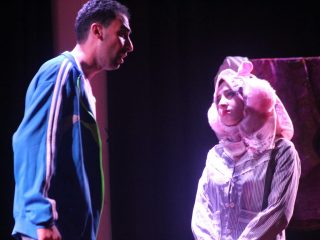 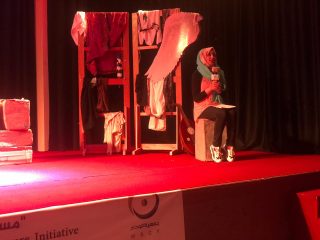 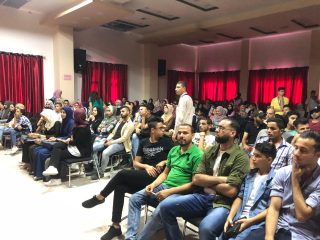