In partnership with Pal-Think for Strategic Studies and FXB France , Al Aqsa Sport Club implemented an initiative in Al Nusirat Camp at the Middle Governorate of Gaza entitled ” Stadiums without Violence “, as a part of ” The Palestinian Consortium for Nonviolence ” project, which aims to contribute to promoting social peace, and empowering environment free from violence, the initiative specifically targeted teenagers to spread the culture of non-violence, on the basis that they are the most affected and influential group in their society, and they can lead the future of their community towards positive change

The initiative was opened with the launch of 7 football matches lasted for 4 consecutive days, in the Palestine Stadium in Al Nusirat Camp targeting 80 players, in 8 teams from the areas Nusirat, Bureij and Zawaida camps, emphasizing their message to the society that efforts should be intensified to spread the culture of non-violence in general , and in particular, the importance of spreading the culture of non-violence in the stadiums through the promotion of fair play and commitment to positive encouragement from fans’ groups .

Participants from all teams and fans stressed the importance of participating in such activities that seek to promote community values ​​and induce non-violence within the sports sector. On the other hand, Mr. Saady Taha, the sport supervisor of Al Aqsa Club pointed out to the crucial role these activities play, which comes within the framework of enhancing the positive competitive spirit among the sports teams, that we hope will prevail sports stadiums and become a life approach.

Chairman of Al Aqsa Sport Club Mr. Bahaa Matar expressed his gratitude to Pal- Think for such partnership and its active role in promoting the culture of civil peace and, hoping to continue to provide such activities and initiatives that would reflect positively on Palestinian society, especially in the situation of the continuation of the Palestinian division, and its consequences that affected in all areas even in the field of sports, so in all sectors, we must call for the Palestinian reconciliation through all peaceful, non-violent means. 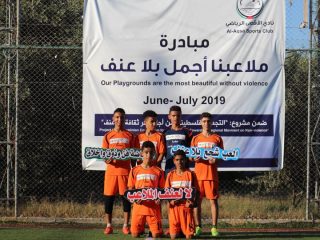 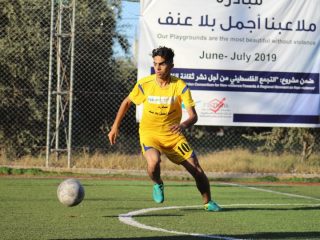 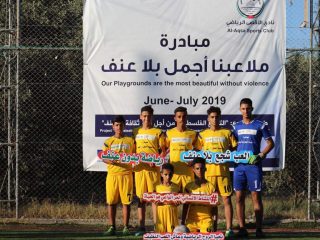 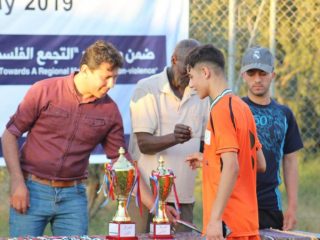 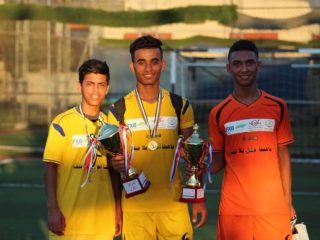 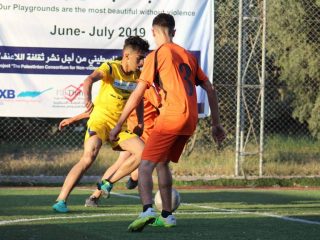 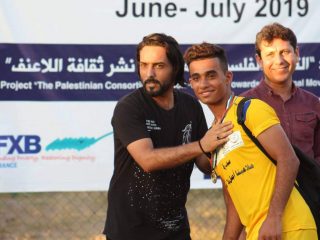 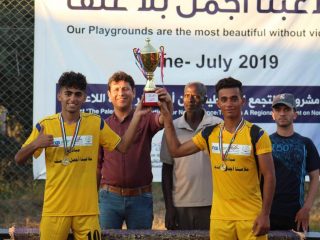