Al- Rowad Association for Palestinian Youth has implemented “Let’s Live without Violence” initiative, in the border area of KhanYounis.  Through this initiative; many societal activities were carried out aimed at spreading the culture of nonviolence and civil peace and enhancing the language of dialogue in the Palestinian society. This came within the project of “The Palestinian Consortium for Non-violence” in partnership with the PalThink for Strategic Studies and FXB France.

During the initiative, activities were conducted to empower “mothers” to take their role in providing values, and cultural heritage which played a leading and pivotal role in this field and to achieve a true societal vision, beside reducing the child exploitation, and spreading the culture of nonviolence that contribute to community peace and to build generations able to realize and achieve their  aspirations and demands, it was through implementing  intensive training workshops for youth volunteers who integrated  more with mothers and their children in the target area through awareness and education campaigns and  accompanied by outdoor activities, advocacy campaigns and meetings.

The initiative also included implementation of training of trainers (TOT) for 10 young people about the dissemination of the nonviolence culture and how to spread this culture, and it continued throughout four days , then awareness workshops were conducted  by the 10 young people  with participation of  more than 190 women in the east of Khan Younis, which targeted mothers in this area and conducting the sessions in  the municipality of Absan Al-Kabira and the municipality of Khuza’a.

Bike Race for children’s were also held, children form marginalized areas as Al-Faraheen and Al-Qudeh were participated in this race, besides a Running Marathon for about 80 boys and girls entitled “promotion of nonviolence and civil peace” also was conducted in the marginalized border areas in east of Khan Younis . Also during the initiative, two murals were drawn in Khuza’a and in  Abasan Al-kabira at the east of Khan Younis,  expressing the culture of nonviolence and the importance of participation of women in society.

Posters calling for spreading the culture of nonviolence and tolerance were distributed  in order to reach to all segments of society, Dr. Atef Abo-dagah, Chairman of the Council of Al- Rowad, expressed his deep gratitude for funding such effective community initiatives, which have reached the largest target group, and he appreciated the role of the Pal-Think and FXB, which has given the chance to civil society institutions to implement more initiatives and to reach to the Palestinian society directly through this project. He also stressed that Al- Rowad will act as an incubator for Palestinian youth and to launch a culture of nonviolence.

The initiative coordinator Ibrahim Abu- Khaterinvited the youth to participate in the voluntary work in their community, confirming the role of municipalities in the community work. 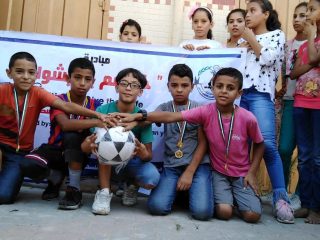 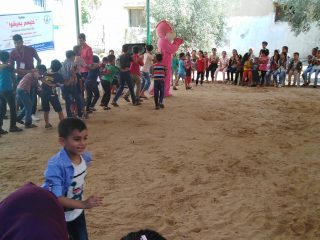 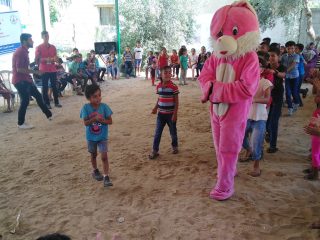 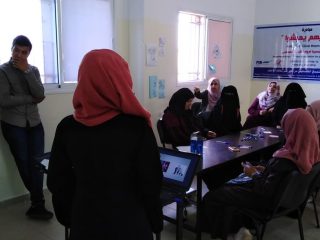 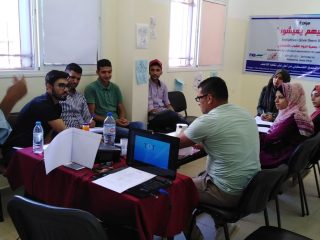 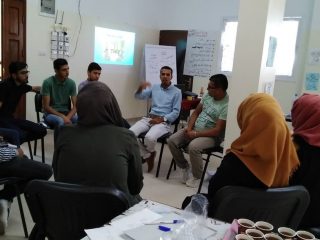 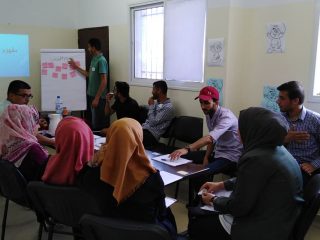 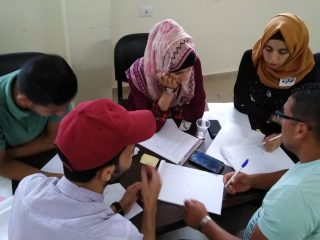 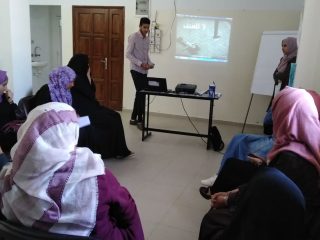 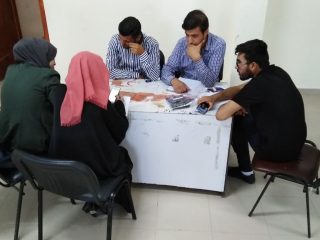 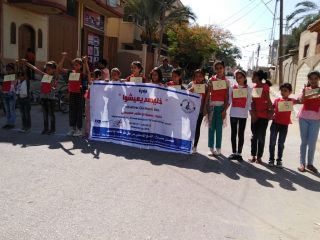 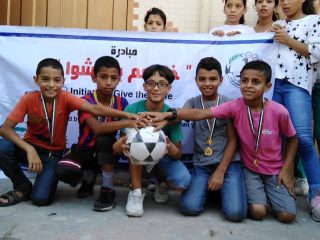 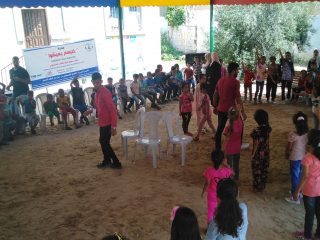 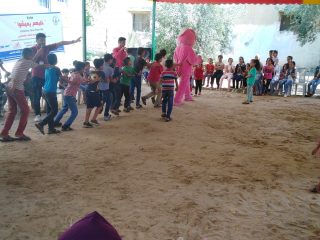