In partnership with Pal-Think For Strategic Studies and FXB France, the United Social and Cultural Association has concluded the activities of ” Leaders of Change Show” as a closing event within “The Palestinian Consortium for Non-violence” project, , in which Thirty-nine local institutions from both the West Bank and Gaza strip is working within this project to spread the culture of non-violence. It aims to strengthen the tools of dialogue and civil peace as an approach to solve societal issues, in addition to activate the role of community activists, leading to a more stable society.

“Leaders of change” aimed at giving the youth their space to present their success stories, despite of all crises that the Palestinian society faces, pointing out to challenges they met and the ways they use to overcome these challenges and lead them to build their success and achievements.

Mr. Hatem Abu Taha, the initiative coordinator, stressed “the implementation of Leaders of Change initiative provided the youth a free space to express themselves and deliver their message, in order to play an active role in the leadership and social work, in the light of the complicated circumstances they’re going through, which caused the high rates of unemployment, migration, social alienation and spinsterhood among females , all this constituted to resort to unhealthy forms of expression and adopting forms of violence. “. He also added, “This initiative contributes finding new tools based on the adoption of dialogue and culture of civil peace as a style and way of life among the youth to reach their goals and achieve their aspirations.”

The event included a presentation of successful stories for a number of young entrepreneurs of both gender. The first was the story of Ms. Amira Al-Assi, who started a small project in a marginalized area with a little amount of money, today she is a business woman in the field of investment.

The second was the story of the entrepreneur Ms. Iman Hussein, the owner of Adam Academy of Beauty. She faced many difficulties in her career to reach the academy, today the academy has many branches in the United Arab Emirates, Iraq, Kurdistan, in addition to the Gaza branch and its headquarters in Khan Younis.

The third success story included the story of the entrepreneur Ms. Mushira Mansour, owner of the “craft of drawing with food”, which spread on social media reaching to international relations.

The fourth was the story of the student Ms. Souad al-Sabakhi, who won the second-ranking at the national level in the Arab Reading Challenge, facing all the obstacles and difficulties she went through in order to achieve her goal successfully.

Eventually, Mr. Hatem Abu Taha expressed his hope that this initiative will be the first step to raise the voices of young entrepreneurs in Palestine, to enhance their role in the process of participation and change, and to deliver a clear message to decision-makers to engage youth in forming the future, this can be through investing the capacities and energies of youth, to enhance their reality to reach a more effective partnership and positive interaction with their communities. 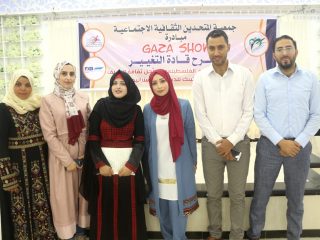 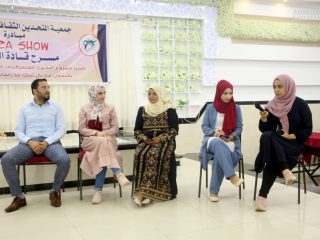 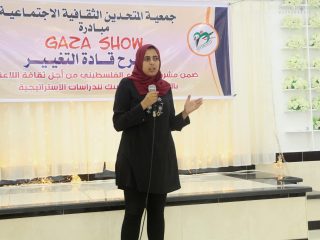 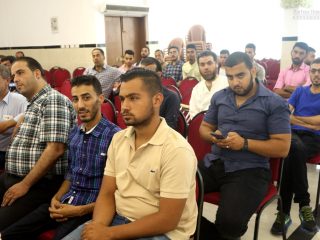 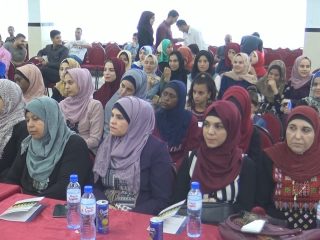 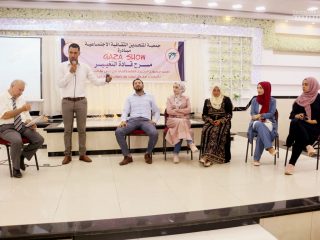