Basma Society for Culture and Arts, has launched an initiative entitled “Promoting Positive Behavior and Renouncing Violence and Bullying”, as part of “The Palestinian Consortium for Non-violence” project, in partnership with Pal-Think for Strategic Studies and FXB France .The initiative based on displaying a puppet theater show  entitled “We All Love You”, targeting sick children who are subjected to violence, and not accepted by their peers .

The initiative is aiming to spread the culture of nonviolence as a life style among children, therefor enhance the confidence among sick and values of respect others (accepting their health and psychological conditions) between all children

According to Ms. Rania Al-Shareihi, the coordinator of the initiative, this can be done through the alleviation of psychological violence “silent violence” that sick children face in public places, as a result of ignoring them, and not accepting them from their peers, causing difficulties of integration with them. She also added, the main reasons for such violence came as a result of bullying of sick children who show clear signs of deficiency, so they are subjected to bad words because of their unacceptable looks, fear of infection, marginalization and weakening of the child’s role in the group or the surrounding environment,  this can cause trauma, including anxiety, or depression, and can result in loneliness, isolation, bullying, , and abuse of the child as a reaction to the violence. Therefore, we have to implement this initiative to enhance the confidence and morale of the sick children, on the one hand, and on the other hand to promote the values of respect for others and accept their health and psychological conditions and take into account the differences between people..

In partnership YMCA Youth Christian Association , 150 child aged between (5-8)years  attended the show and were engaged in entertainment activities.

At the end, they were engaged in recreational activities on the subject of the nonviolence in a way that attracts their attention and promotes the concepts of self-confidence and confrontation in a peaceful manner in a way that achieves the entertainment and psychological support, which learn them the concepts and values ​​related to the culture of non-violence and the skills of practicing this culture, especially after discussion with them about the outputs of the show, where they showed during their participation understanding of the mechanisms of tolerance, dialogue and cooperation and effective ways to communication by using the simple means included in the show and concepts that reached children through the distinctive performance. 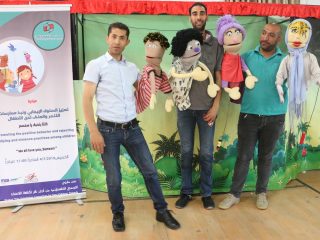 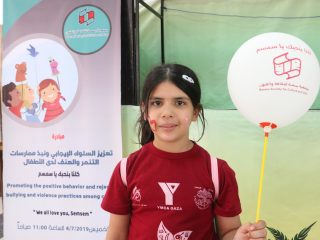 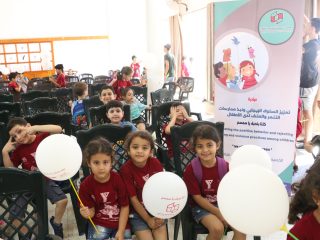 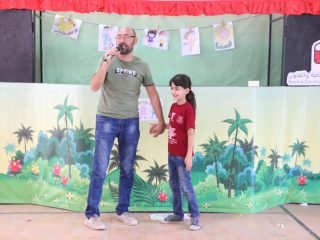 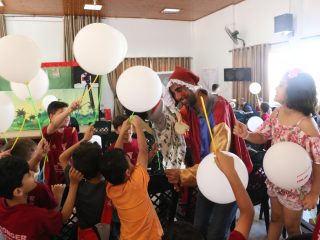 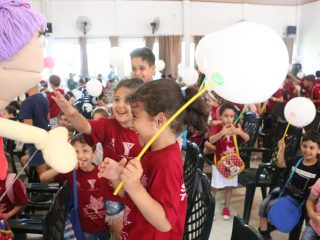 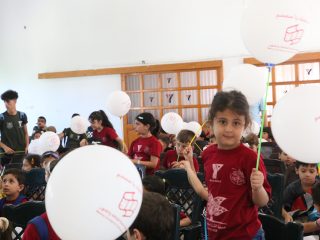 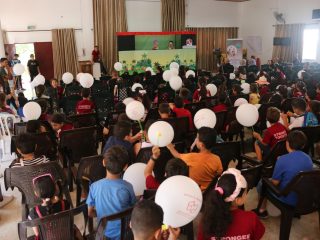 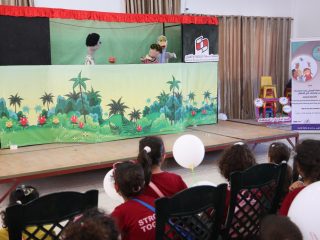