Youth and Environment Association, in cooperation with Pal- Think for Strategic Studies and FXB Francs, implemented “Family evenings” in two areas of Deir El-Balah Camp. The first activity was in Deir El-Balah Municipality Park, and the second in Al-Barouk neighbourhood, west of Deir Al-Balah. These community evenings comes within “We Are All Family” initiative, as part of “The Palestinian Consortium for Nonviolence” project. Fifty families were targeted from the selected neighbourhoods to actively participate in the event, with the presence of 200 members of the Palestinian families, they appreciated the idea of ​​the initiative, stressing the importance of implementing such community meetings to re-connect social relations among the Palestinian families which in turn promote the community reconciliation especially after the internal Palestinian division.

Mr.Yousef Khattab, the initiative coordinator, stressed the great role Pal-Think in instilling the culture of non-violence in the Palestinian society in cooperation with other civil society organizations. He added “We are all family initiative came as a result of the bad social, economic, political and cultural conditions the Palestinians suffer due to the division. In return, such initiatives influence the social relations inside the Palestinian family that it calls for strengthen these relations and support the concept of nonviolence to be an integral part of Palestinian daily life”

For his part, Mr. Abu Tamer Baraka, one of the attendees, said that” the initiative provided a space to re-establish social relations between families in Deir El-Balah neighborhoods especially after the dispute between families according to fighting between individuals because of political conflicts that were in the beginning of the division in 2007″ . During these evenings, competitive cultural and recreational activities were held to promote a culture of community peace and non-violence in addition to leaving a positive impression on the Palestinian families in the targeted neighbourhoods.

Another attendee Ms Um Ahmed Sarsour stressed that such activities promote a culture of non-violence, and alleviates the tension between the neighbourhood residents, especially in light of the psychological, social and economic pressure the Palestinians suffer, due to the Israeli siege imposed on them.

She added, “we are all Family initiative came at a tough time, and it meet the social need of people, and it makes a difference”.

Eventually, Al-Brook and Al-Mahatta neighbourhood residents recommended for such activities and initiatives to spread the culture of non-violence and tolerance within the Palestinian society and its members, and they showed their positive attitude towards confronting violence by nonviolence tools, and their willingness to support peaceful methods in their society and calling for the dissemination of these principles. 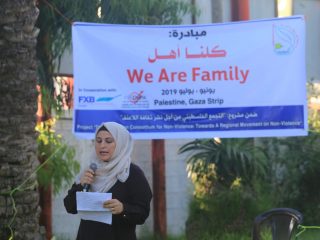 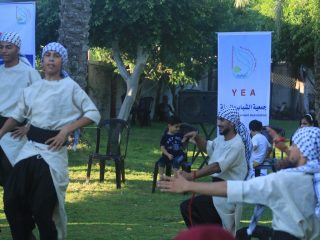 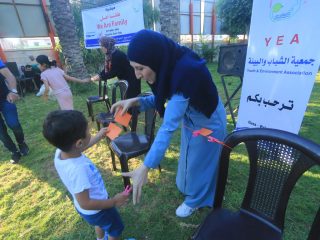 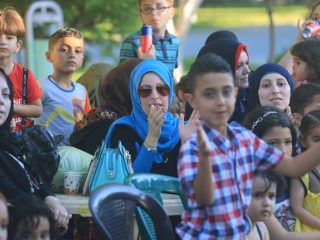 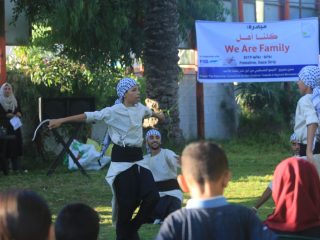 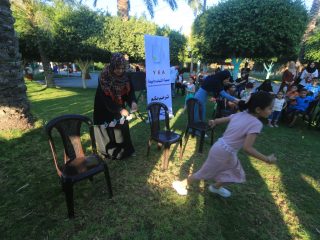 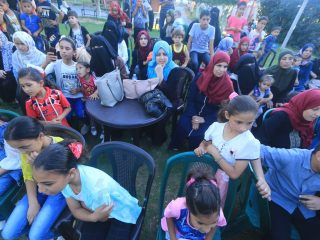 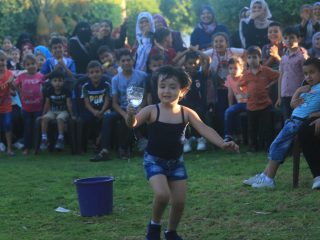 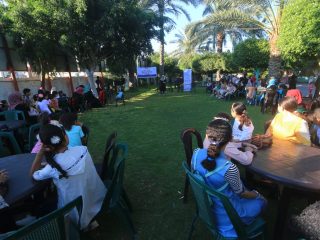