The initiative targeted 16 male and female participants and trained them on the skills of debate. Furthermore, the target audience, from Tulkarem and Nablus, participated in an intensive 3-day training through which they gained skills on how to trigger public political and social topics through debates.

“The participants learned much about how to facilitate and be part of debates, how to artistically run a dialogue, how to convince others and how to set clues” Ala’a Sruji, Director of Al-Awda Center, asserted.

The participants followed the British system of debating during their engagement in the debates. Having finished the debate, there was a publically open discussion in the hall of Al-Awda Center. The statement of the second debate was “This house demands firm rules against violence in the Palestinian society”. As the topic was both essential and attractive, 40 youths and other organizations’ representatives attended the debate.

“This training entailed providing us of the needed skills to use the scientific logic to convince others, having advanced skills in debating, analyzing, setting clues and refuting” Omar Zayat, one of the participants, confirmed. 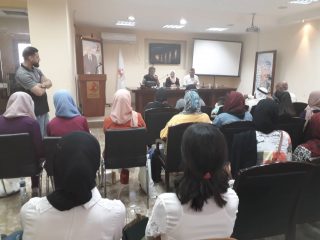 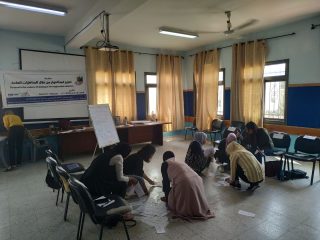 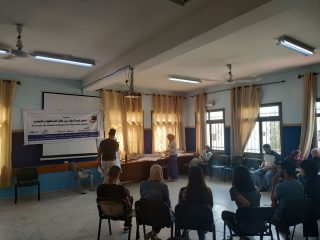