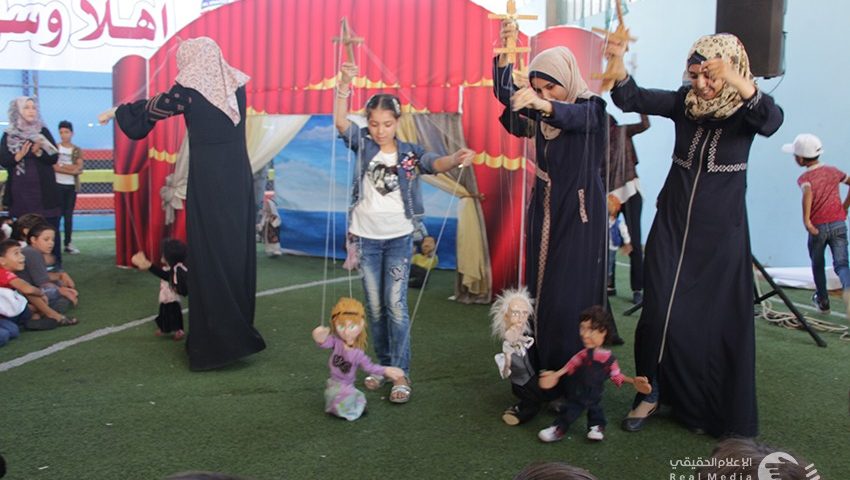 As part of “The Palestinian Consortium for Nonviolence” project, Gaza Center for Culture and Arts in cooperation with Pal-Think For strategic and FXB France have organized “A Puppet and Story” initiative.

The initiative took place in Beach Services Camp, where dozens of children came with their parents in a fun and cheerful scene to watch the puppet show called “Marionette.”

The initiative reflects the role of Pal-Think and its efforts in spreading the culture of nonviolence and creating a society free from all forms of violence in cooperation with institutions of civil society.

The director of Gaza Center for Culture and Arts, Mr. Ashraf Shweil stressed “a team of 12 young men and women were trained to produce theater shows using this type of art; especially that it is new to Gaza Strip. They have been trained to make these puppets, and set up a moving theater to enable them to display in open spaces, to reach many target groups as possible, and to facilitate the spread of the idea of tolerance and non-violence using this kind of art.”

The show was the first of its kind to be implemented in the Gaza Strip, with the presence of nearly 250 children and their families, who express their attention and excitement to the idea covered by this show. The show highlighted issues that would reject violence in Palestinian society and urge the development of values of peaceful tools, and acceptance of others in a joyful and exciting dramatic context, also focusing on the necessity of promote the dialogue culture to resolve all forms of conflicts, whether at the level of family, individuals or groups.

According to Mr. Swehil, these performances activate the role of the theater, especially the children’s theater, that helps to create a scene of entertainment and awareness in the same time, it also strengthens the concepts and culture that should be disseminated in the society, this kind of art also contribute to draw smiles in the Palestinian streets that suffer from the siege crises and political division. 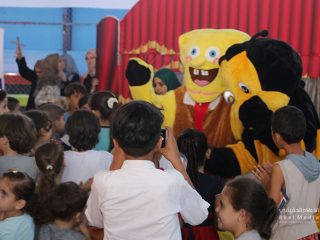 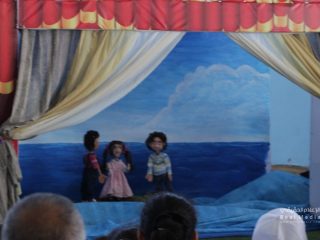 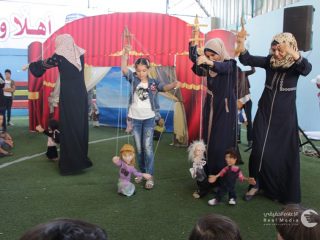 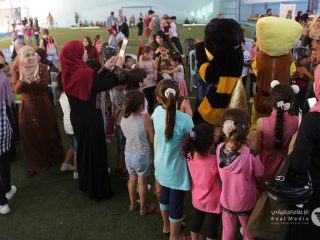