In partnership with Pal-Think for Strategic Studies and FXB France, the National Society for Democracy and Law concluded a youth initiative against violence with a theatrical performance entitled “Karamati”, as part of “The Palestinian Consortium for Non-violence” project.

The implementing association ‘NSDL’, since its inception in 2003 is keen to renounce all forms of violence in society, and spread the culture of tolerance in society with all its segments, especially the youth. The National Society continues its work, by carrying out this initiative in which “Karamati” show, which include talks about the phenomena of violence in society to contribute in instilling the concepts of non-violence and create a society of dialogue and tolerance.

Mr. Omar Shaban, Director of Pal-Think, noted that Pal-Think since its inception, has been working to make the Palestinian reconciliation happen. Also, educating youth and engaging them in activities around the Gaza Strip. Furthermore, Pal-Think exerted a lot of efforts in strengthening ties among civil society organizations in Gaza and the West Bank to develop national networking and partnership.

Mr. Shaban praised the efforts of the National Society for Democracy and Law and in implementing the initiative”Youth against Violence” and its role in promoting the culture of non-violence and dialogue in society.

On her part, Rabab Al-Shaer, coordinator of the initiative, spoke about the activities carried out during this initiative, as an entertainment trip was implemented and attended by about 50 students from Palestinian universities in the southern region.

This trip included a set of activities and competitions that aim to strengthen the role of youth in reducing the phenomenon of societal violence against women, she added, they implemented several legal awareness workshops in the Palestinian universities, southern Gaza Strip, the most prominent of these universities (University  of Palestine, Gaza University, Palestinian Polytechnic University, and the Arabic College of Applied Sciences).

The show entitled “Karamati”, discussed violence against women in all of its forms, from deprivation of education, to early marriage and the resulting problems of divorce and deprivation of inheritance. The actors were able to address the idea by rejecting the phenomenon of violence against women, through the return of civil and community peace to build a safe and stable family.

NSDL has a legal clinic through three levels, most notably “judicial representation, legal awareness and legal counseling” which contributes in reducing many problems in Palestinian society that will lead to the spread of civil peace and reduce cases of violence. 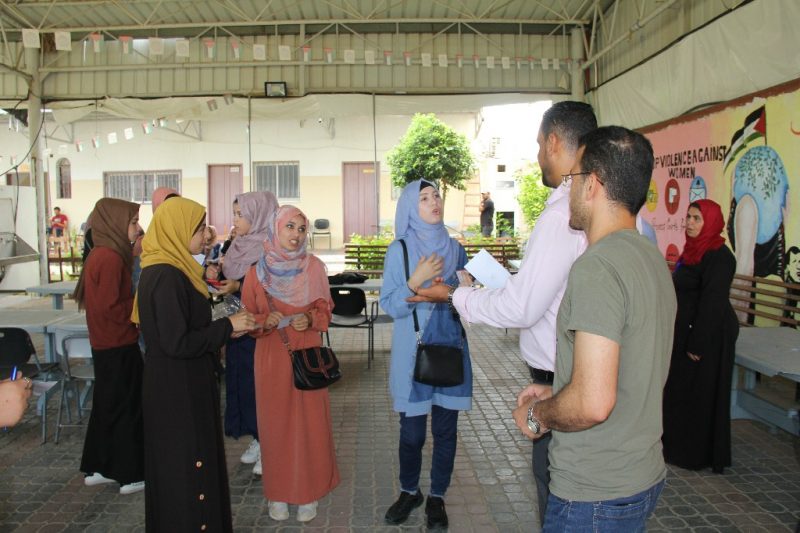 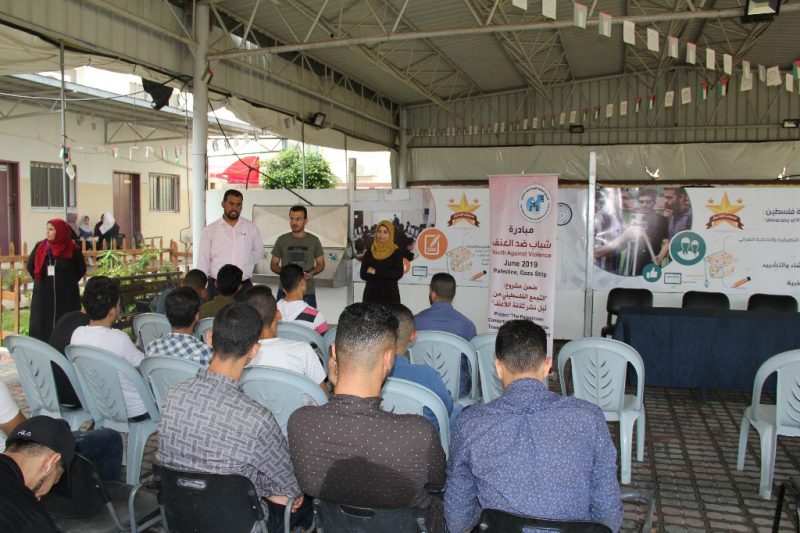 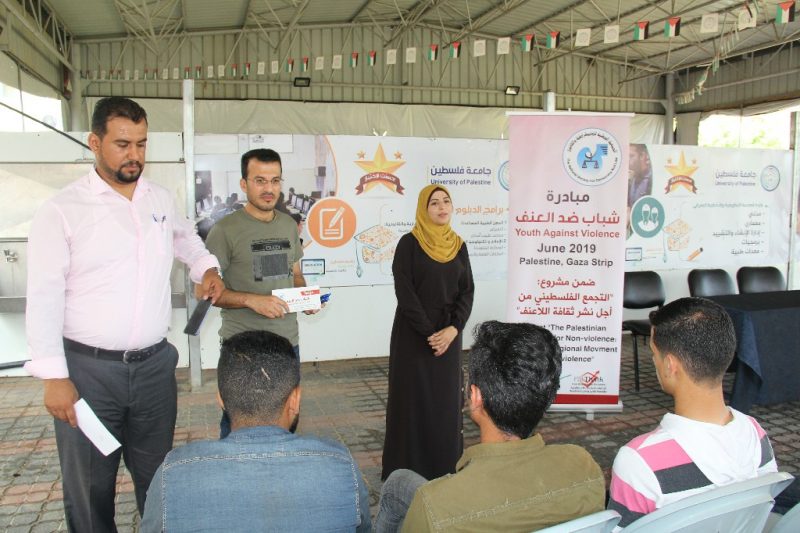 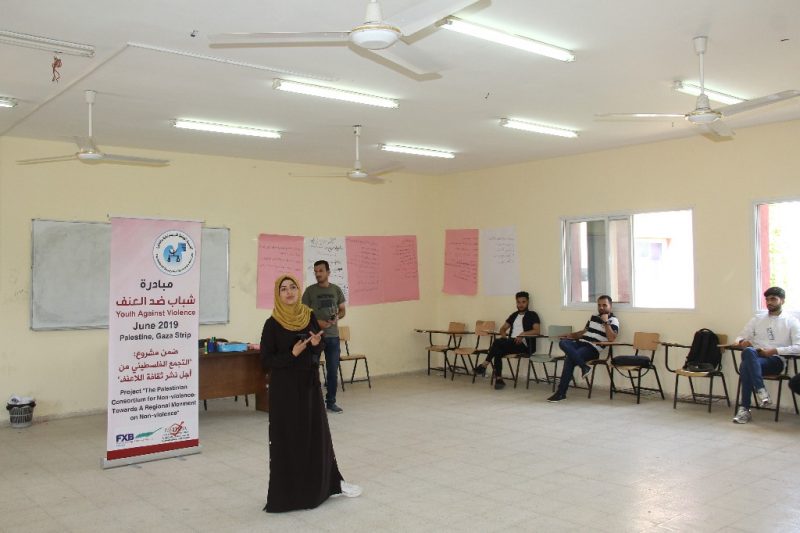 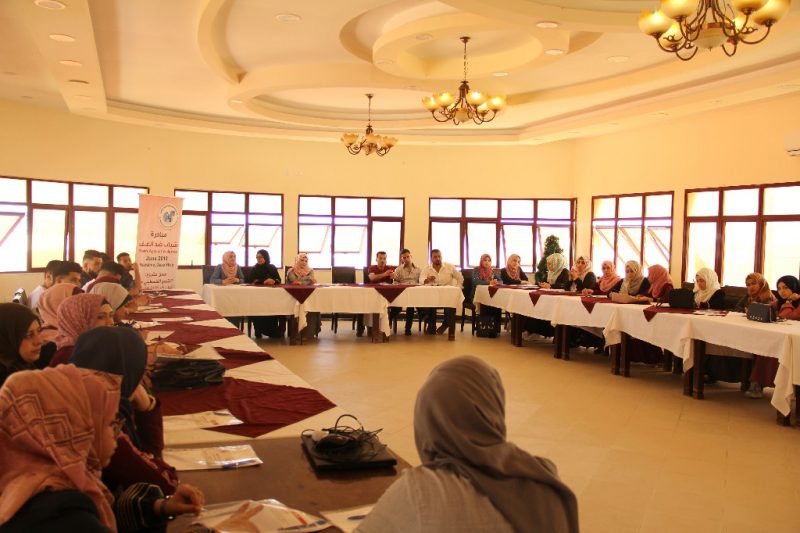 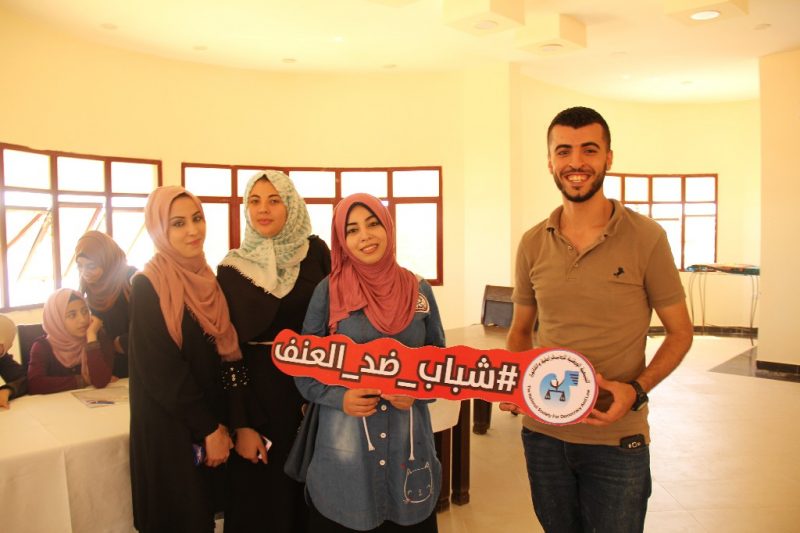 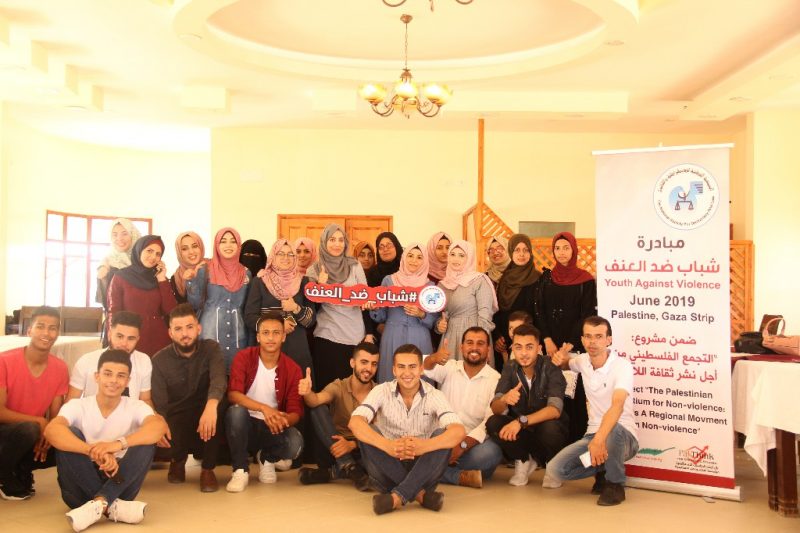 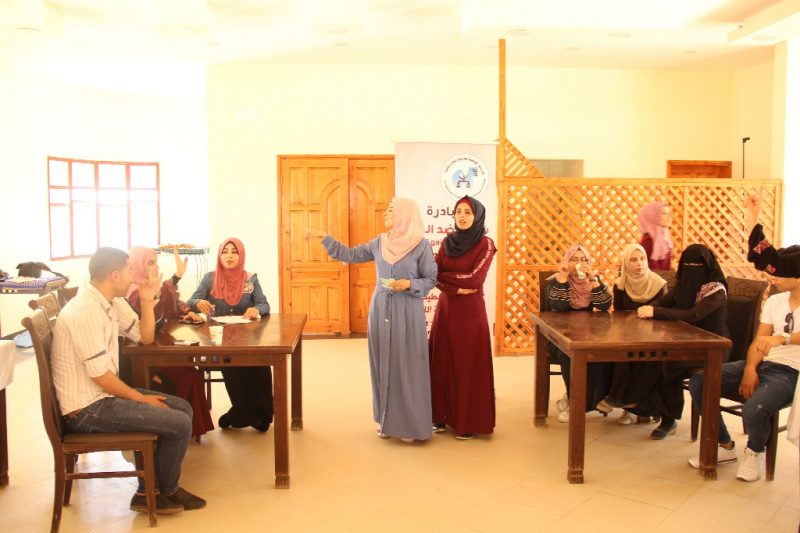 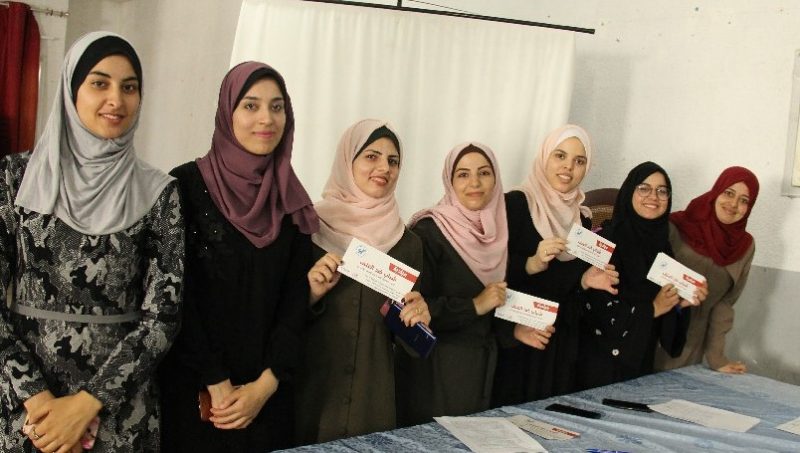 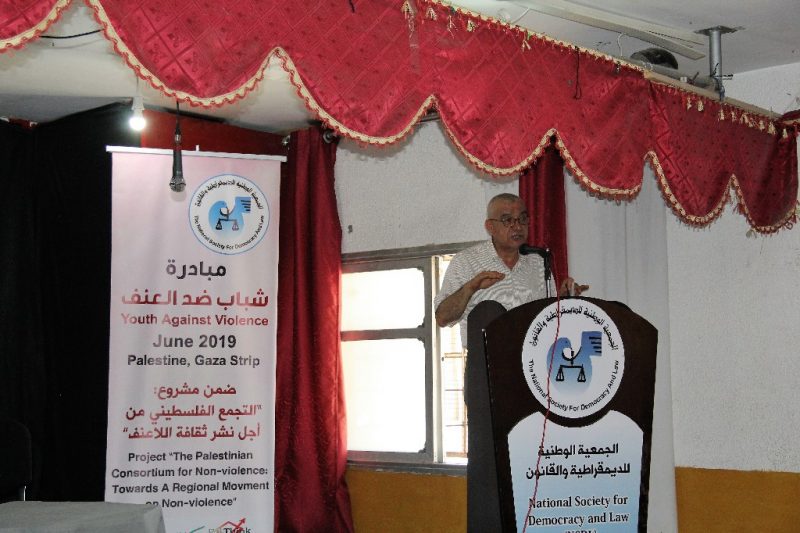 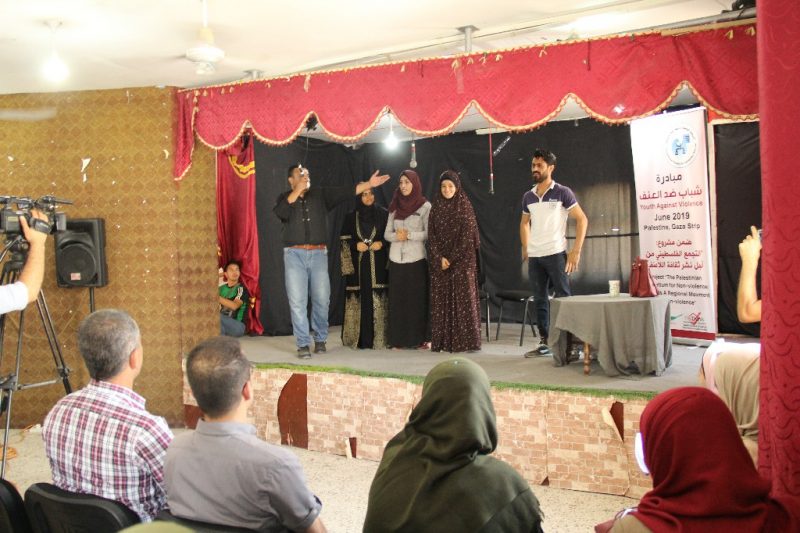 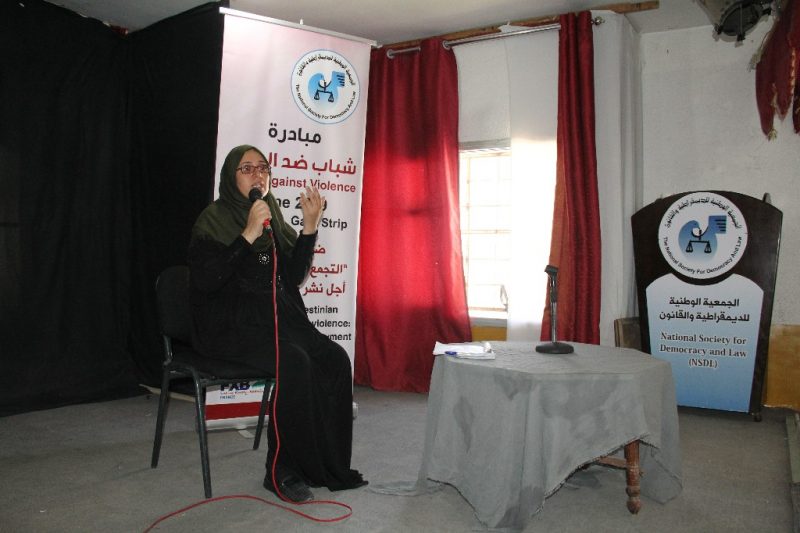 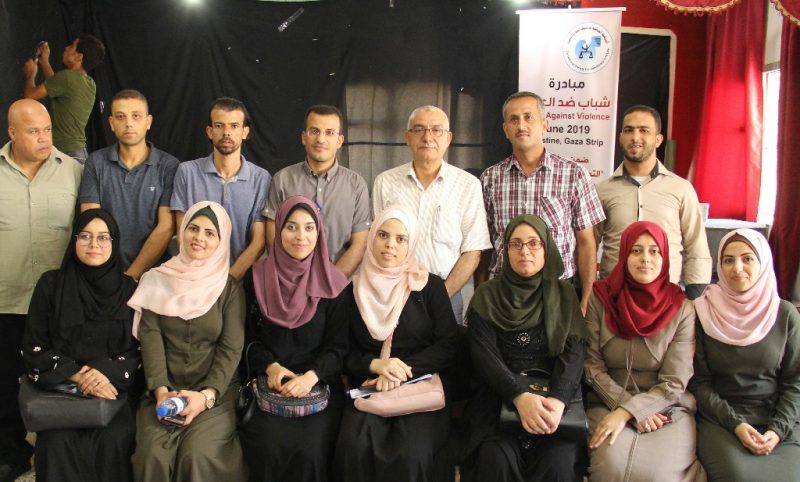