“Verbal violence against children”, a new window of discussion within “Nonviolence is a life style “radio program , as part of “The Palestinian Consortium for Nonviolence” project , implemented by Pal-Think for Strategic Studies and FXB international.

The episode hosted the psychologist and academic researcher Ms. Fatma Abu Meddain, who initiated by talking about how verbal violence against the child falls under psychological violence. She defines it as a group of words that carry signs of rebuke and contempt from the parents or any individual towards the child, in addition to facial expressions, bad words and nicknames.

The episode also hosted Mr. Wissam Qatanani , the executive director of the Arab Women for Jerusalem Association. He stressed “calling the child with bad words paves the way for him/her to be a violent person, in the near and distant future “. The biggest problem is that verbal violence against the child makes him accustomed to it, and this only ensures that the violence will remain in society and accumulate generation after generation. The verbal violence against kill many things inside the child, such as self-confidence, creativity and entrepreneurial spirit “.

On the other hand , Ms. Abu Meddain reported the result of a scientific study, saying that a part of the brain called “gray material” decreases with the increasing exposure of the child to violence during the stages of his/her development, this material works to increase intelligence and the ability to analyze and build strategic plans, adding that the first years of a child’s life (less than five years) define his personality and identity, so  if he/she were subjected to verbal violence, what happens is that he/she will be  familiar  of all vocabulary and methods of  the possible verbal violence . This affects the concepts of love, especially as children at this stage need to realize the concepts of unconditional love from their parents. It also instills fear as a barrier to release the child feelings. In this case the child moves to the second stage (kindergarten and first school years), and start automatically to practice violence on his/her peers .At this point , the teacher should interfere by correcting the behavior and practices of the child rather than contributing to the destruction of his/her mentality by blaming them for example for school delay. Verbal violence against children in school and street is more serious because it occurs in public and not as in the home among family members.

As for the role of institutions in raising the sensitivity of the society towards the issues of verbal violence against children, Mr. Qatanani stressed “the efforts exerted by all civil and governmental institutions in promoting positive values ​​should be cumulative in order to bring about a qualitative and real change”.

Institutions should provide proposals that work within a strategic and deliberate sequence to ensure the desired impact.  pointing out that the environment plays a pivotal role in promoting or combating verbal violence against children. As he noticed during his traveling between the West Bank, Jerusalem and the Gaza Strip, there is  a rise in verbal violence in the Gaza Strip, this is due to several factors, including unemployment, poor economic and social conditions, and the political problem. All this violence directly affects the shape of the child’s upbringing, and the level of violence that he/she acquires.

Mr. Qatanani also mentioned the parents role in minimizing the levels of violence, as he advised them not to translate the pressures they are exposed to, into violence directed against their children since this has major effects on the child’s personal identity and composition. Effects appear in forms as fear, hiding and escaping from confrontation, low self-confidence, and limited thinking. It’s very necessary to raise parents’ awareness regarding the right and healthy ways in dealing with their children.

Mr. Qatanani talked about “Save Their Future” initiative, implemented by Arab Women for Jerusalem Association, in cooperation with Pal-Think to promote a culture of non-violence between children and their peers, and to improve dialog and interaction with children with disabilities, the nature of the terms used  towards them and raise sensitivity to the issue of adaptation their places and services.

He pointed out that the initiative will hold a special day for the families of the children of kindergarten belonging to the association in Gaza, Jerusalem and the West Bank, to raise the voice of constructive dialog between the children themselves, on the one hand, and the children and the other components of society on the other hand. 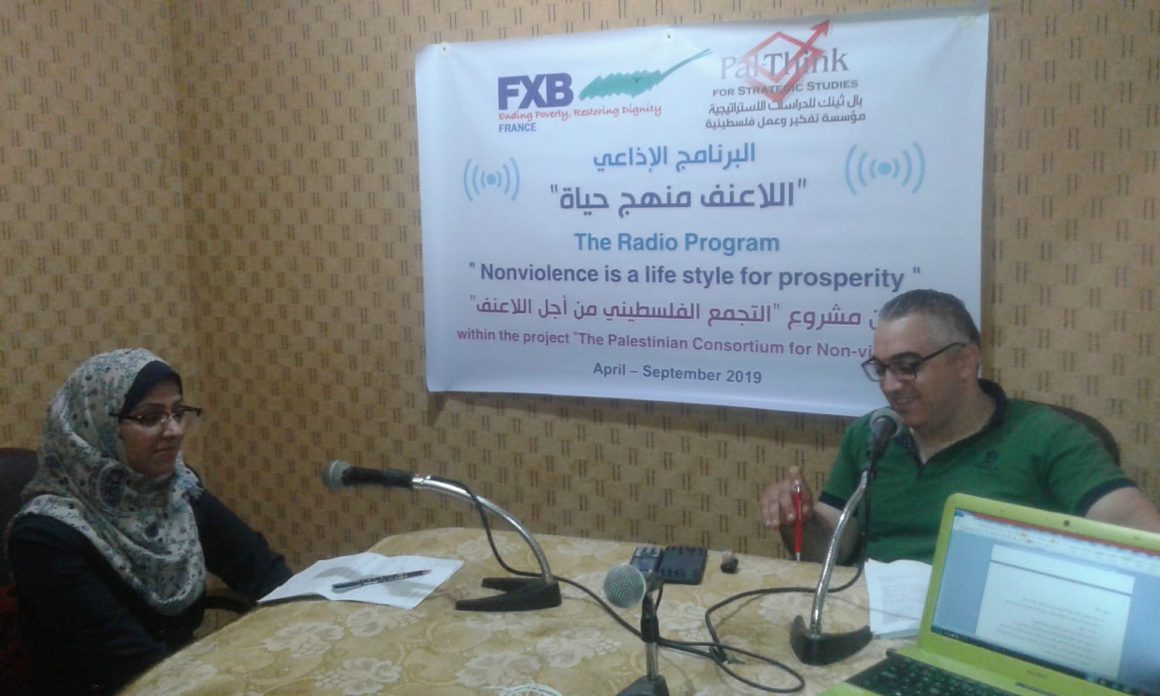 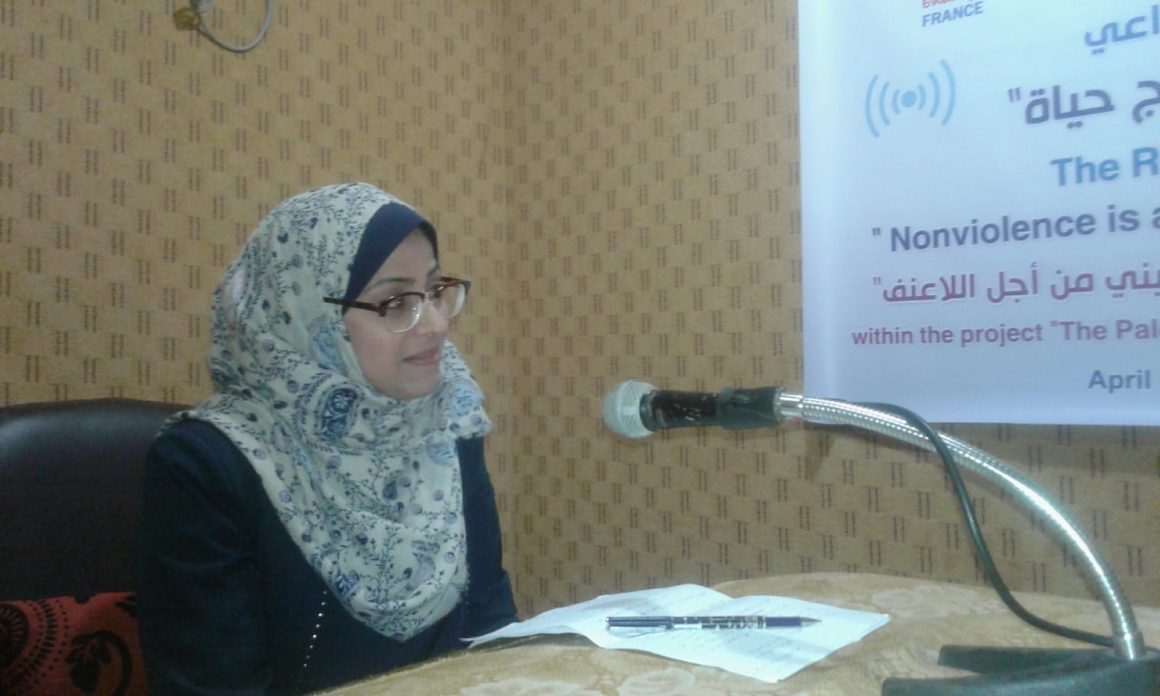 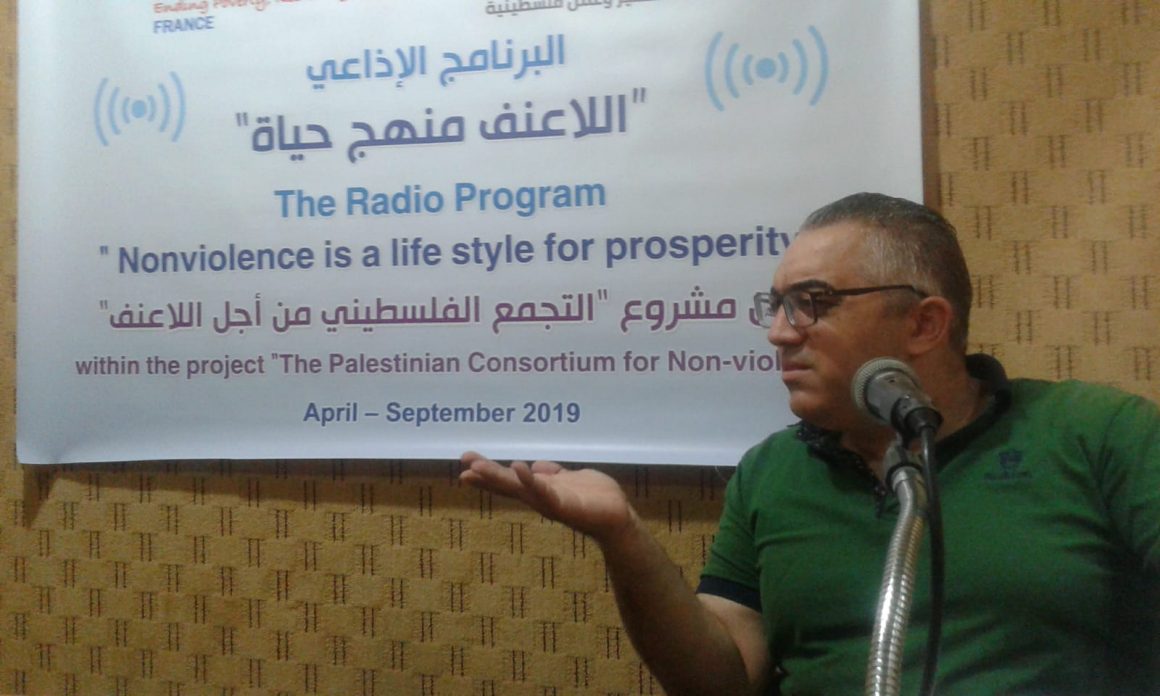