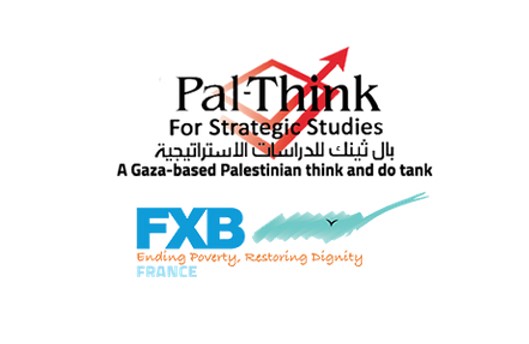 “The Impact of Violent Video Games on Youth and Teenagers,” a new headline discussed in the eighth episode of “Nonviolence is a lifestyle” radio program, within” The Palestinian Consortium for Nonviolence ” project, implemented by Pal-Think for Strategic Studies and FXB France.

Ms. Sherine Al-Bayari, advocacy coordinator at the Palestinian Center for Democracy and Conflict Resolution, initiated the episode by stating that video games provide players with a number of good skills, such as problem-solving, planning skills, resource management, logistics services, thinking and analyzing, decision making, and working within a team. She added that youth and teenagers need to play video games to follow up the technological developments, and need to practice something that they love; this has a positive impact on raising self-confidence.

About the preference of young people for video games over traditional movement games, it provides a space of privacy to commit mistakes and correct it away from any comments and ridicule as in the traditional games, she pointed out that video games may bring a lot of health problems.

During the episode, a survey presented, prepared by the program team for teenagers to ask them about the games they prefer, and the number of hours they spend in playing it. All of the teenagers agreed they preferred the game “PUBJE,” and the period each of them spends in playing this game differs ( the lowest periods were one hour daily and the highest five hours a day).The survey followed by interviews with owners of play station centers, who choose the games according to the center’s visitors, as he stressed, teenagers prefer action and killing games such as Bubge, Stark and GTA ,while older visitors (25 years above ) prefer football games like Peace and FIFA. The reporter asked a 14-year-old boy about what he prefers and why, the boy said that he prefers to play fou rnight game rather than Bubge, because it provides financial rewards to the winner in special seasons and challenges from time to time. He said that he spends 12 hours on the holidays while only four hours in school days, and he aspires to specialize in the design of video games, for that he joined a course that helped him in designing a primitive game depends on the idea of killing.

Ms. Al-Bayari commented “it is normal that the violence affects teenagers and what they produce, and the general behavior of them. In case they face problems or conflicts, they will often take one of the first two options, they may imitate what they do in the virtual world and resort to violence and beatings, or resort to their virtual character in the game to relieve the pressures resulting from conflicts and gradually retracted in the game world. She also mentioned that parents should take responsibility to follow up what their children play and monitor how it affects their behavior, advising them to devote some time to their children without leaving them to the tablets and games to relieve pressure. “play with me ” initiative ,implemented by the Palestinian Center for Democracy and Conflict Resolution, was formulated based on field research regarding the demands of the children ,their demands included attention and spending more time with their parents, who are more engaged in mobile devices (mobile phones and laptops). Such ignorance from parents has a significant negative impact on children’s psychological and violent behavior, the thing that motives the Palestinian center to take the demands of children, their wishes and feelings and put it all in one song, which they are working on within this initiative. Activities will also include the design of posters suspended in schools, clinics and partner associations, holding an open day in which they will gather children and parents with common games.

This is in Gaza, as for the other efforts made by the Palestinian Center for Communication and Development Policies in Hebron, his director, Mr. Jamil Al-Derbashi, told us during telephone participation, that they have launched policy papers on reducing violence based on the use of various social media tools. According to studies mostly carried out in Hebron and Gaza city, violence and violent experiences have been transmitted through social media and various online programs, and have had a negative impact on children, teenagers, and youth. By negative impact, we mean that these groups have become the most practiced violence seen, in addition to the decline in academic achievement, and bad behavior, noting that these studies and papers were submitted to the competent authorities in order to organize several social media.

The center has launched several initiatives in many schools in Hebron, to organize the content of the internet, and provide a protected internet that prohibits all programs related to violence or any other negative practices, noting that they succeeded in in some schools. It has been shown in improving student achievement and attitudes that have become more positive, Mr. Al-Derbashi stressed.