Talking over violence against women in Palestine is often repeated. But to what extent can we bet on the role of “the weakest link” in Palestinian society to build and promote a culture of nonviolence?

This has been the topic of discussion in the sixth episode of the program of “Nonviolence is a lifestyle” radio program, within the project “The Palestinian Consortium for Nonviolence” implemented by Pal-Think for Strategic Studies and FXB international.

In the beginning, the guest in the studio, Ms. Salwa Awadallah, Director of Al-Firdous Association, initiated the episode by reviewing the reality of violence against women, its concepts and types (physical and economic), saying that the Palestinian society has long been considered the most reliable link in the man, and thus he is the one who practices violence against women.

According to Awadallah, statistics prepared by the Center for Women’s Affairs indicates that there is one woman among three women subjected to at least one type of violence, in addition to the displacement, arrest, and killing resulting from wars in the region.

She also added, between 2015 and 2019, there are 85 women have been subjected to murder, death, or suicide. Such violence appears based on gender discrimination; women do not practice their rights, besides there is no real awareness among women to demand these rights, this is why many women are subjected to violence and do not require to stop it.

The episode included a presentation of a survey conducted by the program team, on whether women who have been subjected to a violent environment can raise their children in a non-violent manner.

The answers were divided between women who raised in a violent environment may transfer this violence to their children regarding to lack of awareness, another solution was that the way the mother raise her kids might be related to the psyche of her, and her ability to free herself from the impact of violence, another opinion was that violent experience could be a motive for women to follow better ways in raising their kids. One of the answers was that no way for the mother to practice the same violence that she faced, but the majority of the views agreed that the impact is negative or positive depending on the awareness of the mother.

Awadallah said that women play an essential role in resolving community disputes within their participation in reform committees and civil society institutions, especially about women’s problems and conflicts, that is difficult for men intervention to resolve. “You Are The Peace in Your Community” initiative, Al-Firdaws Association, in partnership with Pal -Think For Strategic Studies have launched this initiative, to produce several short films that deal with the issue of violence against women, its impact on women, their lives, and the positive effective ways to combat this violence, that what Awadallah added.

The episode hosted another guest on the phone.Ms. Fida Abu Turki, Directors of “IRADA” -the first incubator for businesswomen- from Hebron. She spoke about the initiative she is implementing in partnership with Pal -Think to adopt several small initiatives of university students to promote a culture of nonviolence, especially among women and against violence practiced. “This initiative came at the right time in light of all the suffering of women in Palestine, to support them through the development of community programs through community media platforms, television and radio” Ms.Fidaa stressed.

Abu Turki said that this target group is most groups touch the impact of domestic violence they see on their mothers, whether from their husbands or the community. Students are also the closest to detect this phenomenon, which often occurs in secret and behind the walls, so these initiatives are closer to reality and more relevant to the initiative’s goal, she pointed out that most of the violent practices were caused by the economic situation in our society.

Abu Turki talked about investing in international and local awards, by highlighting the suffering of Palestinian women in all sectors, in these events she attends and where she was honored, in order to present and create a model for women who want to achieve themselves at all levels, adding that all women who wish to succeed must transform obstacles and challenges to incentives to achieve their dreams on the ground, especially as Palestinian women are able to make a positive and change in society. 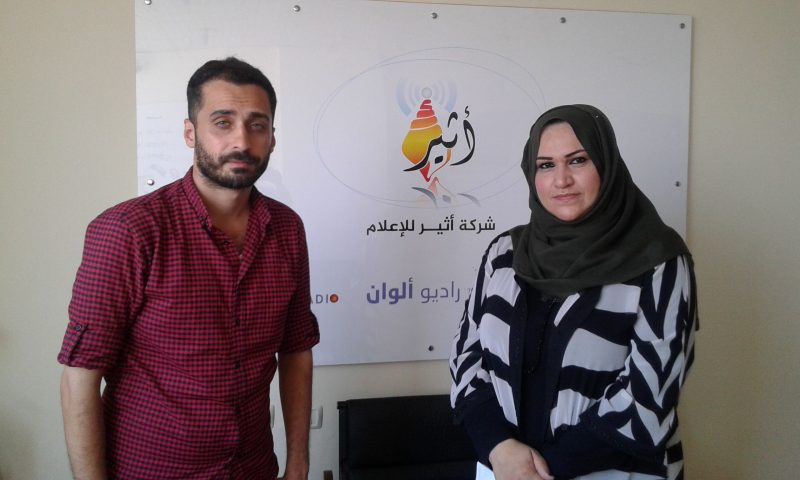 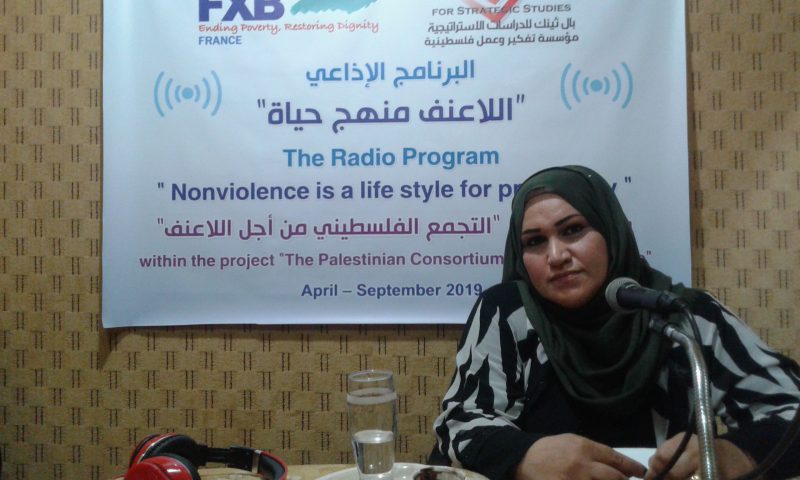