United Cultural and Social Society has implemented the “Work without Violence” initiative within “The Benefits of Non-Violence as a Culture and Instrument for Conflict Resolution Domestically & Regionally “project, in partnership with the Pal- Think for Strategic Studies and the FXB Organization-. A number of women who support their families participated actively in the initiative that took place in Mawasi area – Rafah. The initiative aimed to raise awareness about the concepts of gender-based violence through implementing an intensive training program for five days addressing several topics such as the concept of gender-based violence, its types and causes, the actions taken to address gender-based violence, the means of protection and prevention of gender-based violence, the protection of women against violence in general, the “human rights conventions and the CEDAW Convention”. The aim of these topics is to create a knowledge among the participating women regarding the local and international conventions that calls for the protection of women against violence, to guide women to the procedures that must be taken in confronting violence, in addition to increase women’s awareness of protection methods from violence in general. One of the most important issues that were discussed during the training is contributions of women in politics and their access to decision-making centers, in addition to a case study of a woman with a child suffering from disability and subjected to verbal and psychological violence by his peers in society. The participants’ emphasized on the importance of focusing on such initiatives that call for fighting violence and dissemination the concepts of tolerance and peace. 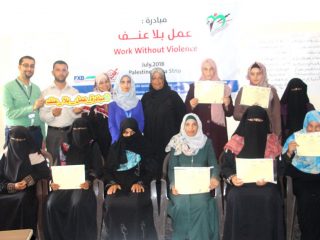 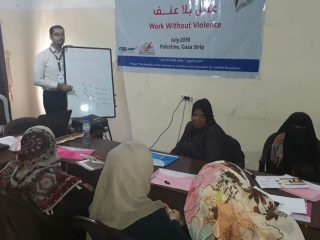 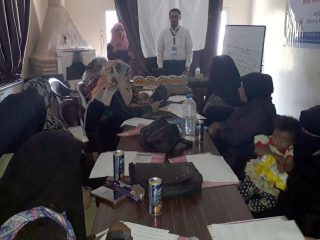 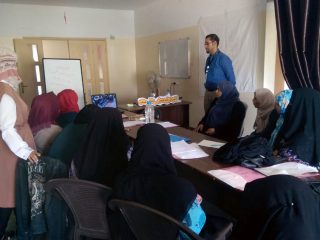 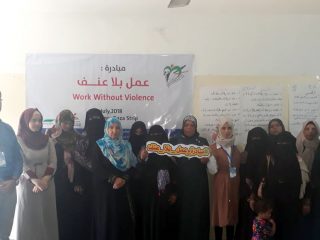 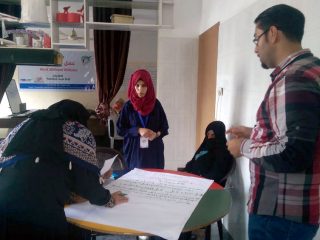 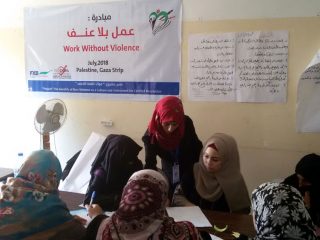 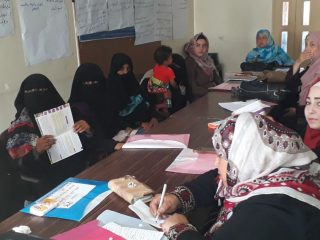