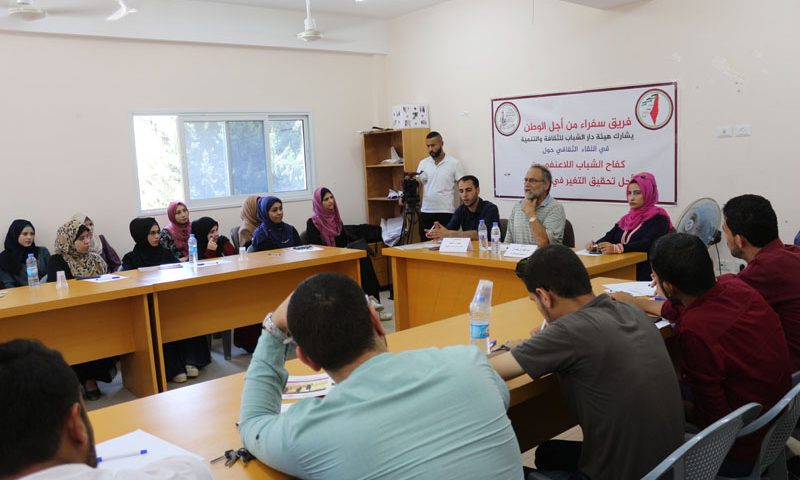 In partnership with Pal- Think for Strategic Studies and FXB Organization, within the “The Benefits of Non-Violence as a Culture and Instrument for Conflict Resolution Domestically & Regionally ” project, the Youth House Organization held a debate entitled “The Palestinian Youth can bring the Change to Society through Nonviolent Mean”, with an active participation of university students and young activists.

During the debate, the organization hosted the researcher Mr. Talal Abu, judgment comity. The two participant teams began to clarify, explain the vocabulary, and put the arguments and evidence to prove their respective attitudes and its importance, in addition to confirming interventions that must be presented by the youth and civil society, and the quotation of the past and present evidence to ensure their success in achieving their demands.

The debate concluded with the comment by the jury, on the performance of both teams, the strength of the arguments and evidence, and how they were formulated professionally and accurately to contribute to the consolidation of the concepts related to the acceptance dissenting opinions, in addition to calling for knowledge, reading, and social and political participation to strengthen attitudes more effectively.

At the end, discussion and interaction with participants opened where they talked about the subject and how to contribute and interact as groups and individuals in the community to seek change and overcome the current stage in nonviolence ways, and how to lead effective role in dissemination the culture and means of nonviolence. Participants also recommended that such activities should be repeated and activated since it can help in building mental and intellectual capacities in finding peaceful solutions to all problems and conflicts. 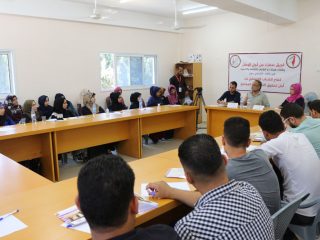 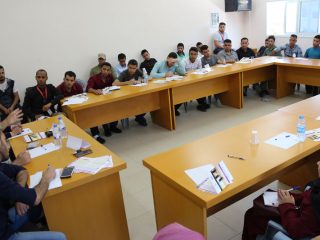 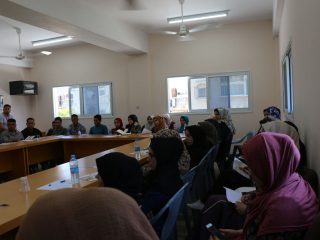 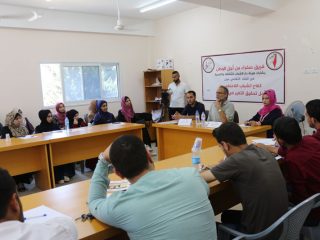