“Family Dialogue” Initiative was launched by Women’s programs center in Al Fawwar Camp, in cooperation with Pal-Think for Strategic Studies and FXB, within the project “The Benefits of Non-Violence as a Culture and Instrument for Conflict Resolution Domestically & Regionally” . This initiative is a community initiative, promotes awareness of nonviolence culture in solving societal problems starting with family, and contributes to empowering mothers and children with nonviolence tools, also aimed at empowering Palestinian families with the tools of logical, open and rational dialogue among family members, promoting awareness of nonviolence culture in conflict management, and increasing the skills of new community mentors and mothers in resolving differences through nonviolent means.

A group of activities was implemented, including training mentors from both genders to enable them to use and transfer non-violence tools, through several activities for parents and children. These activities ranged from a group aimed at raising awareness through workshops for mothers, where many topics and addresses were presented about the negative effects of using violence, and the replacement of nonviolence as an educational method that builds trust among family members and promotes the principle of partnership. In addition to introducing some tools that contribute to shaping the child personality and encourage him to some positive practices based on internal conviction.

Another group of activities was implemented through summer camps held in Fawwar camp, which included psychological aid activities and participatory workshops, calling for the need to communicate with the family in all the problems faced by children, and breaking the barriers that prevent dialogue within the family. Also, a number of awareness media materials were introduced, which aims at cultivating the values of dialogue among family members, developing the safe spaces that make children resort to their families in all issues and problems, and emphasizing the need for parents to use the basics of discussion and dialogue

These activities have met with great interaction, where participants stressed the need to increase these activities in the knowledge and skills part, since it impacts the form of dialogue within the family and building a dialogue system that avoids resorting to violent methods, that result in many destructive effects on the family.

Abed Al Rahim Abu Hamad, coordinator of the initiative, stressed the need for these initiatives to continue their important role in strengthening the family and community, in the light of increasing crime and violence observed in recent years in the Palestinian society. That requires a serious stand by various institutions including civil society institutions, which are responsible for spreading culture of Non-violence and community peace.

He also praised Pal Think organization, which is working to raise such issues and give the opportunity for partner institutions to implement these initiatives in various Palestinian areas. 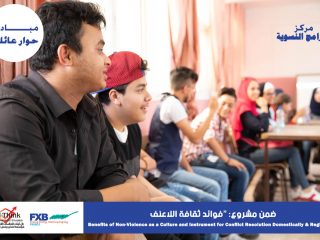 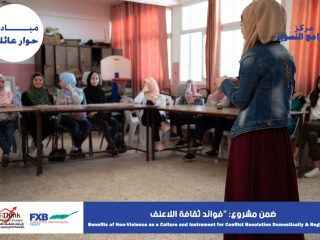 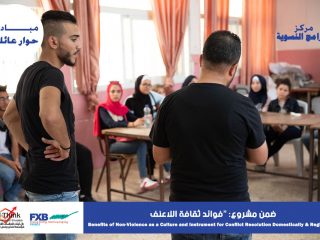 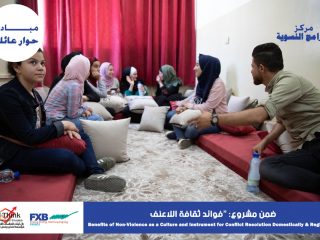 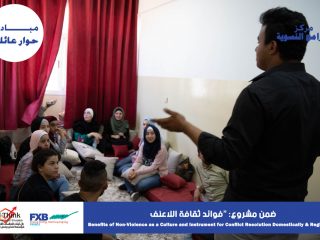 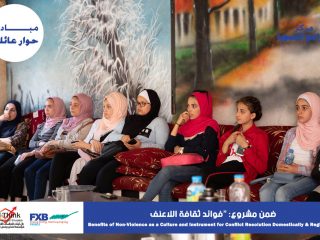 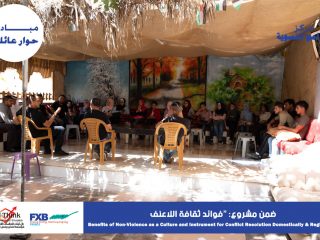 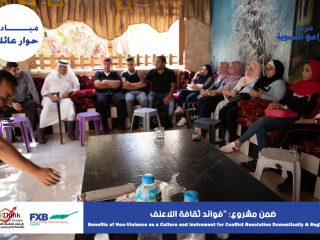 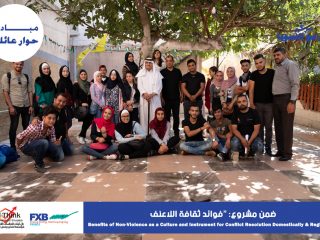