Al Weam Charitable Society in cooperation with Pal Think for Strategic Studies and FXB Organization, has completed its initiative entitled “Let’s Create a Future Without Violence” as a part of the project  “The Benefits of Non-Violence as a Culture and Instrument for Conflict Resolution Domestically & Regionally”. The initiative aimed at spreading the culture of tolerance, community peace, and nonviolence between members of society, youth and children in particular. The initiative played a complementary role to the activities implemented by Al Weam Charitable Society in creating a cultural, educational, healthy, psychological, and social environment for orphans in the Northern Area of the Gaza Strip. The initiative helped children to be effective tools in society, rather than be just recipients of services. The children are now capable of applying and spreading what they have learned during this initiative that is related to spreading the culture of love, tolerance, nonviolence, and acceptance of others.

The initiative was concluded with an exhibition which took place at Al Weam Charitable Society’s headquarters, North Gaza. The exhibition displayed photographs and paintings that convey messages of love, community peace, the culture of dialogue, and nonviolence. The exhibition was attended by several artists, photographers, orphan children and others. The photographs and paintings are the outcomes of the training for children, between 9 to 15 years old; the training lasted for a month where several practical activities and field photography tours were conducted. Children were trained to use painting and photography as tools to address and spread the culture of nonviolence in the Palestinian community, that after train children themselves on concepts of nonviolence and peace.

The audience has expressed their joy and admiration by the photographs and paintings, which convey the messages of love, tolerance, and peace, that the culture they also support. 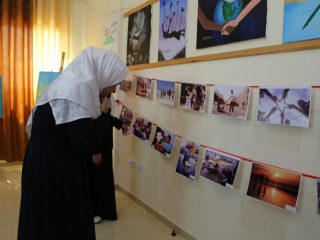 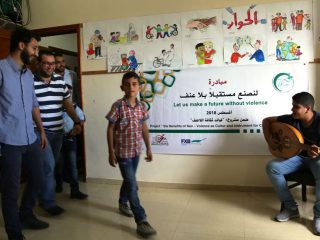 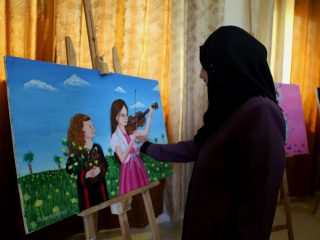 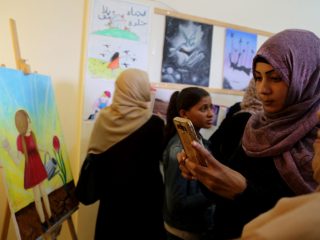 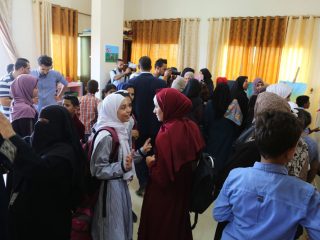 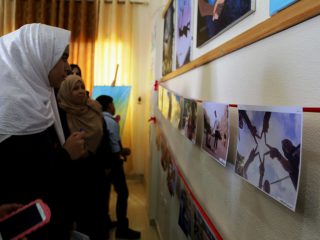 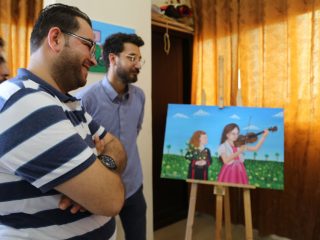 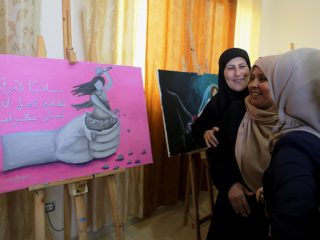 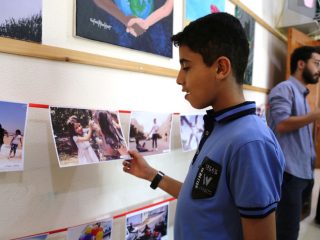