This initiative was launched in partnership with Zeina institution and women health center in Jabalia (a refugee camp) where both calls for the reinforcement of women position and role in society, beside reducing the intensity of pressure and social limitations she suffers, which all reflects on social peace in a negative way. The Initiative came under PalThink and FXB Nonviolence project.

The goal of this initiative is the reinforcement of social peace concept, as well as the rejection of violence in community and creating a space for discussion inside the family.

The initiative started with a discussion meeting with the presence of 100 participant including wives, Husbands, and women’s. the head of both Zeina institution and women health center welcomed the attendees and thanked Pal Think for the mutual cooperation. They kicked off with an open discussion where attendees expressed their experiences and their family issues not to mention how to deal with these issues focusing on positive thinking.

During discussion, social service expert Ms. Majda El Belbasi talked about the initiative idea which was inferred from the social reality Gaza Strip is currently living in. This included the increase in society violence intensity that led to radicalism and intolerance which has been threatening the social peace. She also mentioned the main reasons for such violence including bad economic conditions, difficult living conditions that make families unable to insure the lowest needs of everyday life in due to low job opportunities.

At last, she suggested the best solutions for previous problems such as: giving the children a space to express themselves and their opinions  and to be part in family decision making, which would increase their self confidence level, monitoring how they use technology, giving women’s their respect and rights by providing fair equal opportunities as they considered the half of society. The meeting was concluded with some recommendations by attendees to repeat such events, sessions and initiatives as they consider it helpful to them specially for those young couple who are about to get married, women’s and family. 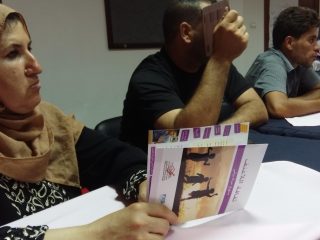 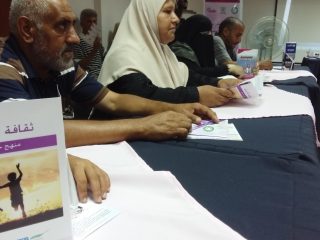 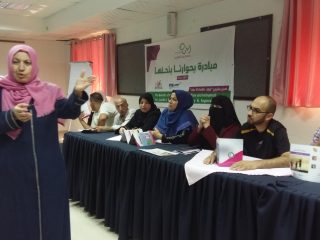 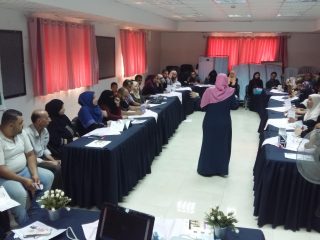 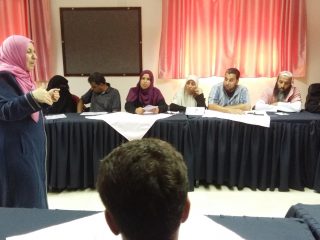 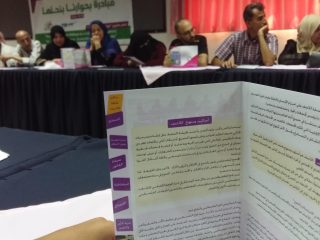