Non-Violence as a life approach

Situation of women with cancer suffering throughout COVID-19 pandemic initiative

Non-Violence as a life approach

The student activities department of Al Razi cultural and social association has launched a special issue of the Voice of Parliament magazine in cooperation with Pal-Think For Strategic Studies and FXB France. The special issue titled Non-Violence as a life approach that comes as a part of enhancing the culture of non-violence in Palestinian society.

The special issue came after a joint initiative by groups of Preparatory and secondary school students discussed several topics of civic engagement were ended by students’ creative writings in poetry, short story, prose and essays which stressed the main themes of the initiative.

It should be emphasized that the initiative was carried out in cooperation between AlRazi association, school administrations, the student guardians committees and the Jerusalem student parliament.

The magazine was launched and distributed with the participation of students, their families and their schools’ administrations. As well as, it was distributed to youth summer camps and other youth institutions.

The students participating in the initiative attended the ceremony, where Jamil Al Dwek, the association chairman, welcomed them, assuring that the youth are those who carry the flag of change and progress in the society.

Al Dwek also thanked Pal-Think for its cooperation with the association in many projects and initiatives, which confirms the unity of the homeland and the united aim and fate.

Then the students’ families praised Al-Razi association for its activities, after that the Board of Trustees Chairman Hatem Abdul Qader honoured the participants in the initiative.

It is worth noting that the magazine included topics on tolerance, democracy, human rights, dialogue and conflict resolution, with participants writing their opinions and impressions on these topics. 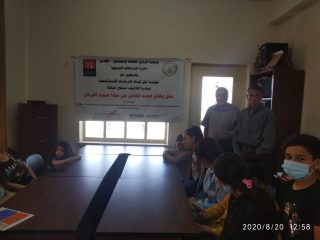 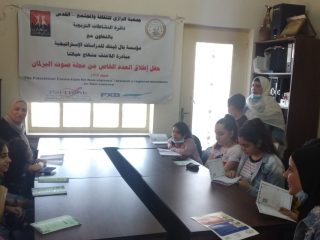