Shaghaf cultural  Initiative concluded the “Culture and Art for Tolerance and Non-violence” project in partnership with the Pal-Think for Strategic Studies and FXB France, with the attendance of a group of young intellectuals, poets, novelists and musicians, within the ” The Palestinian Consortium for Non-violence: towards a regional movement on Non-violence ” project that seeks to disseminate the philosophy culture of non-violence as a life approach.

The initiative was implemented over five weeks by targeting nearly 150 people from the elite intellectuals, musicians, stage actors, writers, and artists, in an attempt to highlight Palestine’s evolving cultural landscape despite the obstacles.  To figure out how to support, develop and to drive away from the inner cultural vacuum of man through a scientific cultural methodology, based on human values, the most important of which is tolerance.

The founder of a shaghaf initiative, Yousri Al-Ghoul,   stressed that the arts are the product of cultures on their diversity, and they are the means of expressing human essence, and through which a lofty message that goes beyond the sense of matter, the values of love, good, and beauty, is crystallized through the self-reliance of open expression that translates feelings and ideas. They become a victory for free humanity in front of a contradictory speech that offends the hateful sectarianism, promotes hatred, and hostile the other.

Besides, a member in Shaghaf intiative, Manal obied, said that: “  culture is like lungs to any society since it helps in priorities its objectives, dreams, hopes and principles. Also, culture is not only for one class, but it is also for all people in society; it reflects people’s ideologies, believes and it is the sole key to human dignity”.

Besides, the five meetings discussed the role of culture and the arts in promoting the supremacy of tolerance among civilizations, cultures and different societies, and the most prominent recommendations that would maximize this role both present and future.

Culture and the arts were intrinsically linked to Palestinian society. Despite unstable political, economic and social circumstances which were not a form or a member capable of amputating or mutating in the face of self-induced or factional attempts, driven by narrow-minded interests and agendas, but rather blood, heartbeat, inspired mind, reflecting the vitality of a rich civilization. The other is met with tolerance and positive coexistence, and human fraternization, rejecting claims of hatred, discrimination, exclusion and violence.

For decades, successors and creators have always been busy with their tools: a poem, literary prose, musical instruments, colour feather, theatrical art, and various other forms of plastic, literary and artistic formulations, to defend the belief in human brotherhood, which manifested multiple ideas and formulas, which gained inspiration and innovation, And the ability to fight the power of the sword, cannonball, and aggressor’s hands.

Moreover, the initiative discussed in its interlocutors’ culture and art the umbrella of tolerance, the wall of hatred and extremism, and the role of culture and arts in the Palestinian scene, to defend the supremacy of tolerance and positive coexistence, to affirm human fraternities, and to address the discourse and calls of hatred, violence and discrimination against the different.

As well as, the Palestinian culture has been sobered by these bright ideas, which have been able to serve as a protective wall against destructive obscurantist ideas. The struggle represented in the cultural aspect of some countries in the world in recent years is similar to the attempt to contain waves of hatred and violence.

Furthermore, The honourable audience also discussed some of their personal experiences within the context, emphasizing the importance of these meetings, which allow them to share ideas and experiences, and promote human values, especially in literary and artistic works 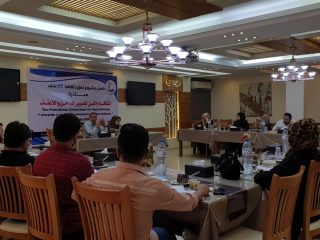 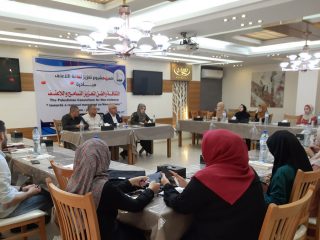 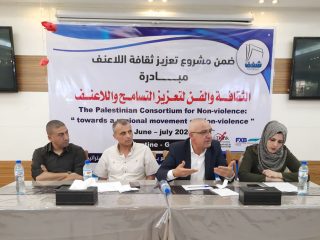 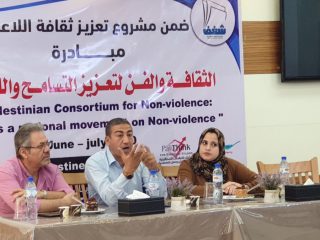 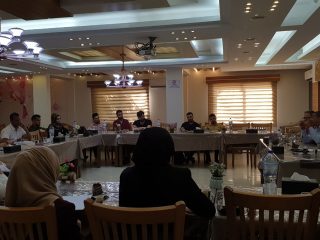 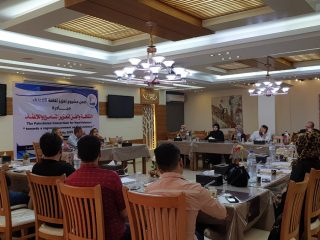