“Let’s Draw … Our Life in the Corona Time” Initiative

Culture of Non-Violence and Recreation

“Let’s Draw … Our Life in the Corona Time” Initiative

Al-Aqsa Sports Club, in partnership with the Pal-Think for Strategic Studies and FXB France, implemented the “Let’s Draw … Our Life in the Corona Time” initiative, with the participation of 30 children, where it was held at the club’s headquarter in the Nusseirat camp. The initiative embraced a photo gallery containing 43 paintings. This is part of the “The Palestinian Consortium for Non-violence: towards a regional movement on Non-violence” that seeks to escalate the philosophy and culture of non-violence as a style of life.

The coordinator of initiative, Fida Sobh, opened the exhibition by welcoming the attendees, and said: “Today we are implementing, in partnership with PalThink, this initiative that emerged as a result of quarantine”.

She added: “We chose to draw because during our work we noticed that many children were drawing scenes indicating violence, so the psychologist at the club was telling the child’s parents about the manifestations of violence in the paintings, and in most cases the painting was a reason to stop the parents’ violence towards the child.”

She noted that during the exhibition, attendees adhered to safety and security guidelines and were committed to social distancing; only one person from each family was invited to avoid crowdedness. To achieve the greatest benefit from the paintings, the paintings have been published on social media and the five most admired paintings will be honored.

Sally Al-Sammak, Director of Projects in Pal-Think, said: “Pal Think is a Palestinian institution that deals with societal issues, cooperates with local and international institutions, and works in partnership with 57 institutions in the West Bank and the Gaza Strip to achieve community development.”

“The pandemic coerced people to stay at home and this led some families and children to resort to violence because of the limited space that enables them to express themselves. So we must apply and advocate a culture of dialogue and non-violence” She added.

The exhibition included 43 paintings, most of which express the suffering of children and women during the period of quarantine, and the possibility of overcoming them through dialogue and respect for the freedom of the other. Also some of the paintings touched on national issues and the crises.

In the same context, the participant, 9-year-old Juri Al-Jaeithni, said: “My sister and coach Manal helped me draw my painting that expresses our suffering in the light of corona and its impact on us. During quarantine, I cared about my daily routine and kept it up by playing and exercising.” She added: “This initiative is amazing because it gives me the space to express myself.”

As for the participants Nour Ayyash, 15, she said: “I painted a woman wearing a face mask. On the face mask, I painted two flowers because I wanted to show that women are exposed to violence. I drew the flowers because they mean love and hope.” 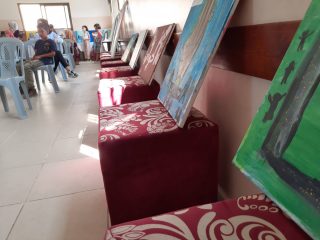 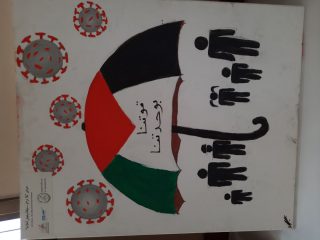 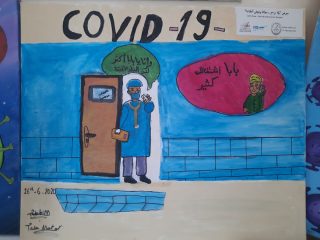 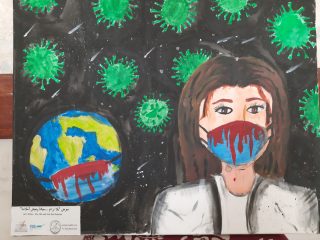 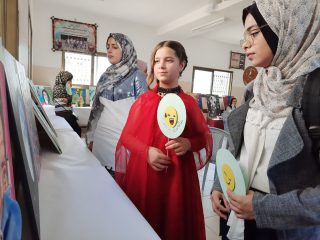 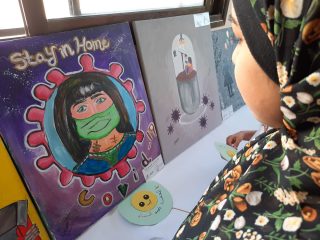 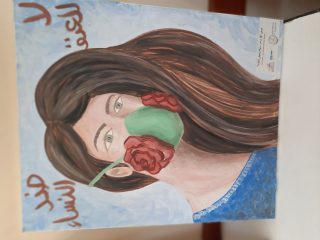 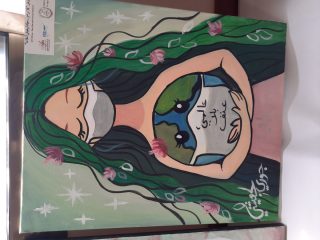 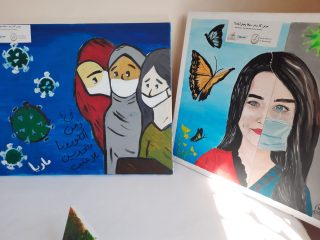 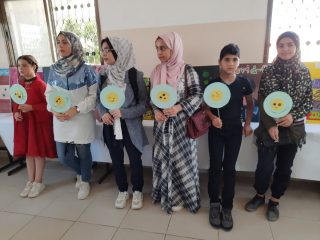 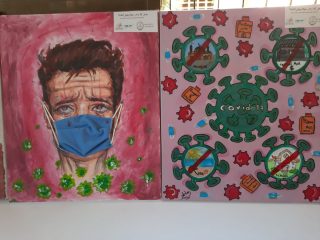 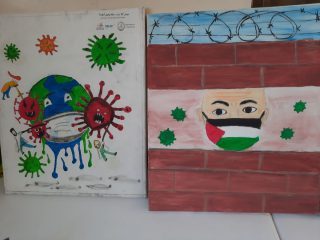 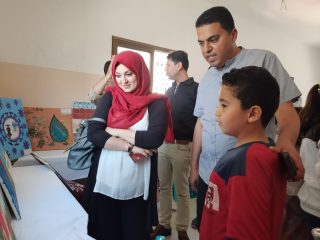 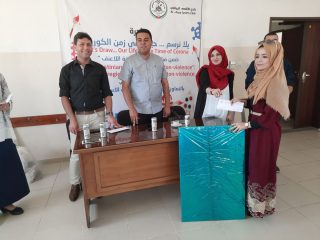 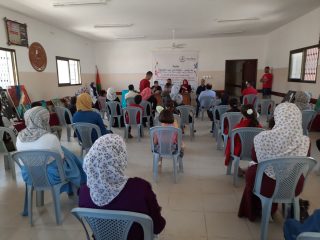 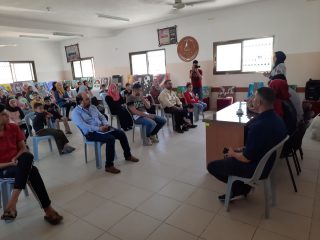 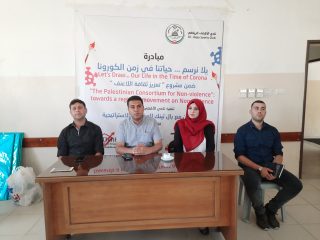 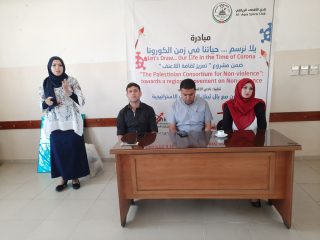