Al Mustaqbal Association for Violence Victims Care implemented the Yalla Nahki Initiative equivalent to “Let’s Talk” in English in partnership with Pal-Think for Strategic Studies and the FXB France, within the project of  “The Palestinian Consortium for Non-violence: towards a regional movement on Non-violence”, at the Rehabilitation Association for the Disabled (Shams Center) in Gaza.

The coordinator of the initiative, Asma Al Bawab, said that this initiative comes to inculcate the culture of community nonviolence by educating the targeted group, women and children, through numerous activities for seven continuous days that will include 4 sessions for more than 30 children and 3 sessions for women (about 30 women) on spreading the culture of nonviolence among the people and spreading the culture of dialogue and discussion in the Palestinian society to reduce the effects of the pressures that women and children are experiencing at the family or community level, and at the end of her speech she thanked all those involved in the initiative.

During the first day of the initiative, several activities were carried out for the target group of children, such as the identification of the initiative and giving an introduction about those responsible for it, and the sponsor association for the initiative to contribute in building confidence among the children who implement the initiative.

The series of activities of the initiative continued for the targeted children. Following the activities, the team started with the first activities that help children to move, be active and focus, which is a dynamic activity called “the rain downfall” getting ready for the central activity that was titled Violence, which included several axes which the team narrated “Omar’s Story”, which includes the forms that Omar is doing to harm others. The axes are:

After introducing the children to the basic axes of violence, they performed a drawing activity expressing all kinds of violence, as the team divided the children into several groups to express what was perceived about the violence and its axes. The work defined the form of violence through “fist activity”, which is that children are divided into a group consisting of two. The day ended with the last activity, which is the confused balloon, and then the children evaluated the activities that were carried out during the day by expressing their feelings. 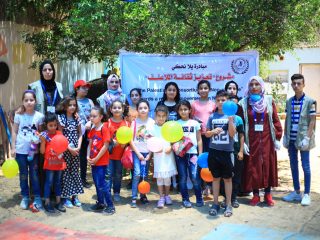 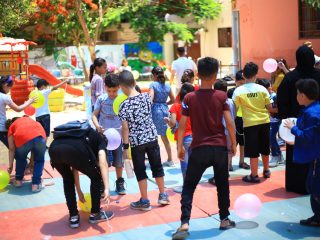 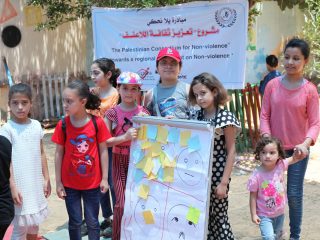 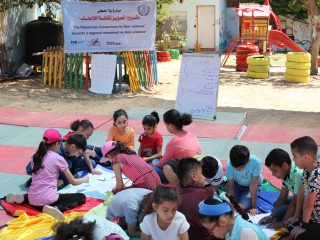 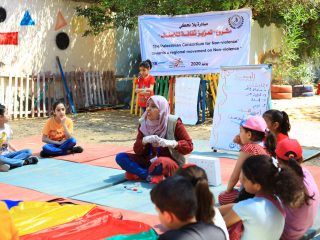 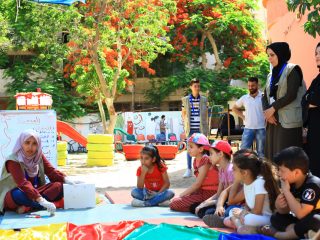 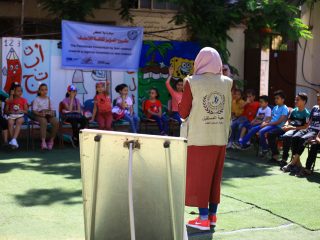