The initiative focused on founding an active essence of youths cognitively and behaviorally empowered. Thus, youths shall be contributing in both reducing violence and in enhancing the social reconciliation.

At the outset, Reem Redwan, Director of Arab Center – Activist opened the session, emphasizing that AOA is one of the constructive activating methods for Palestinian youths living a long-lasting internal conflict. “Controlling violence and enhancing the civil peace are tools of sustainable development in spite of the current and rapidly changeable Palestinian state of affairs” she added.

“This project focuses on the culture and philosophy of non-violence and on enhancing dialogue amongst civil community organizations through cooperative work particularly with youths; for a better and a real change in our nation” Omar Shaban, Director of PalThink, confirmed.

Furthermore, Adnan Whaide, Director of Ard El Insan Palestinian Association, indicated the significance of improving the idea of non-violence and taking it to the next stage. Additionally, he referred that the internal cooperative work amid organizations would be of assistance to both control violence and spread the culture of peace and tolerance.

“This initiative depended on the social contribution embodied by voluntary work and other contributions that aimed at activating the role of youths from both genders for reducing violence.” Reda Sohyoun, Coordinator of Initiative, added.

Reda confirmed that the initiative considered a cluster approach that it started with youths and moved to diverse society segments, communicating with organizations in the North of Gaza, nominating males and females activists of whom they participated in the initiative to give back to other active peers. “AOA depended on sharing experiences and knowledge amongst participants” she affirmed. 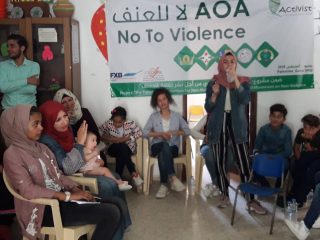 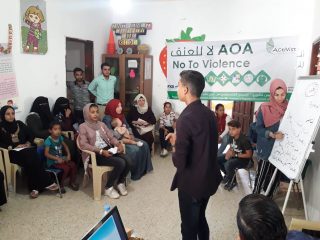 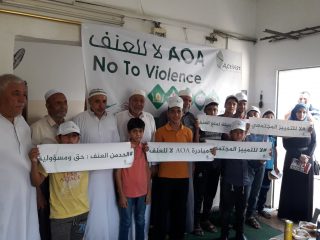 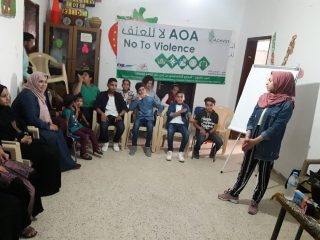 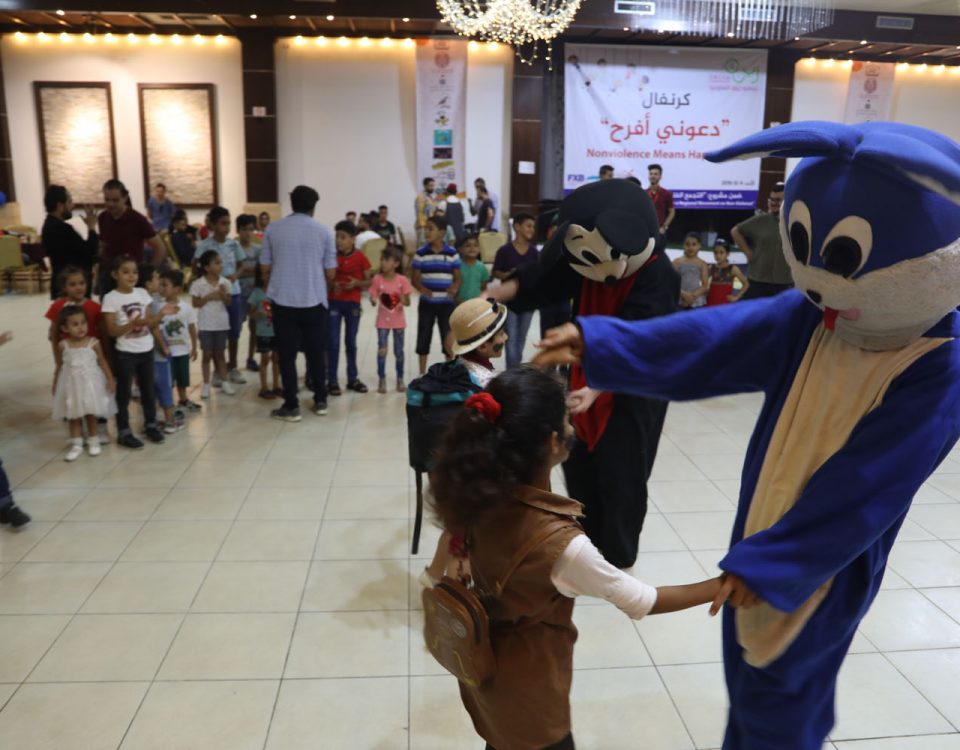