Zaina Cooperative Association has concluded the activities of “Let Me Have Fun Carnival ” Initiative within ” The Palestinian Consortium for Nonviolence ” project, in cooperation with Pal-Think for Strategic Studies and FXB France.

The idea of “Let Me Have Fun Carnival” initiative was launched to spread a culture of non-violence in a new and creative way, to alleviate violence for community.1000 kids and their families were targeted from the area of Umm Al-Nasr village, in the northern Gaza Strip. Umm Al-Nasr is an isolated area near the borders, this contributed to the phenomenon of violence and bullying among children.

The initiative activities included hand-made works of clay, crafts such as sewing, making various accessories, face painting, drawing on paper, storyteller, dabkka, clowns, puppet theater and recreational activities. All these activities contributed to modify certain behaviors that limit bullying and family violence and promote the concepts of tolerance and tolerance among them.

The carnival took place in the middle of the Gaza Strip precisely in Al Shalehat Resort, to get the children of Umm al-Nasr village out from their surroundings, and engage them with children from different places of the Gaza Strip. The aim is to spread the culture of accepting others, teamwork, and psychological discharge through hand-made and manual activities.

Ms. Haneen pointed out to the goals that association focused on, including: gathering the child with his family during the implementation of the activities, the expression of views peacefully, delivering several messages to the community and officials to make them aware of the children right to express their opinions and demand.

Ms. Haneen  added ” After the completion of the initiative, many institutions in the North Governorate will be visited to support the idea of non-violence and to guide officials to protect the right of marginalized children to express their opinion ,and participate in motor activities that disseminate the culture of non-violence in the current difficult situation .

Children and their families expressed their interesting in this initiative activities, which in return helped in developing the abilities of children to discharge their energy and spread the culture and tools of non-violence.

Ms. Samar Meqdad, one of the participants, stressed: ” The initiative has added to me a lot of knowledge regarding the needs of children, how to deal with different environments, and how to spread different concepts such as the culture of non-violence in creative and new and unconventional ways.” 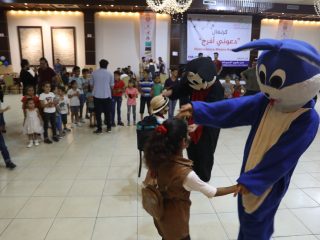 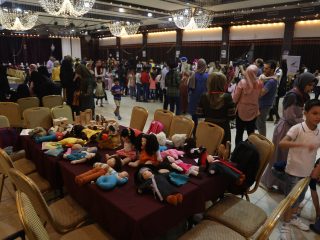