Marathon of Non-violence for Youth

In a grand ceremony, Pal-Think for Strategic Studies and FXB France concluded the “Nonviolence Consortium” project, which aimed to spread a culture of nonviolence, community reconciliation, and emphasizing dialogue within the Palestinian society. The project also promoted communication as a peaceful approach in conflict resolution, as well as stressing the value of unity and tolerance in a national context.

Omar Shaban, Director of Pal-Think, expressed gratitude for FXB France and Pal-Think’s local partners for their efforts leading up to the successful and impactful implementation of community initiatives throughout the period of the project. He stressed the importance of undertaking nonviolence as a strategic priority. As well as rejecting violence within the Palestinian society, pointing out the importance of sustainable projects that counter violence and promotes the importance of a violence-free society among individuals as well as organizations.

Sally Alsammak, the project’s coordinator, presented the concept and objectives of the projects as well as its phases. Stating that Pal-Think had worked with CBOs and stakeholders in the West Bank, the Gaza Strip, and Jerusalem to implement 39 initiatives to promote a culture of nonviolence. She also talked about highlights and success stories achieved by the project.

During one of two sessions, Wesam Qatnani from Arab Women for Jerusalem Association facilitated a discussion titled “Community Initiatives in Nonviolence and their impact on sectors of the society”. During this session, Khaled Abu Jamea of Benaa Youth Center, talked about their initiatives “Together to Promote Nonviolence in Schools”, and how it focused on conducting extracurricular activities inside schools, besides a painting of a mural and an open day. Whereas Faten AbuHarb from Youth and Environment Society discussed their initiative “We Are a Family”, which aimed to foster social solidarity in Deir Albalah through discussing community issues in evening meetings. Also, Aden Dhafer of Alawda Child Rehabilitation Center in Tulkarem spoke, in a Skype call, about their “Supporting Dialogue in Tulkarem” initiative, emphasizing that it contributed to defining concepts of dialogue within Tulkarem through discussing contemporary issues for the Palestinian youth and their social and economic wellbeing in a series of youth debates.

The second session was titled “The role of the civil society organizations in fighting violence and promoting the culture of nonviolence”, where Maysaa Alsultan from the Palestinian Institute for Communication and Development, spoke about their initiative’s idea “Ask and Participate” which discussed the right of access to information and its significance as a critical human right. Reem Radwan, of the Arab Center, spoke about “the AOA Nonviolence” Initiative noting that it stems from negative phenomena present within the Palestinian community. Sami Albohdary, of Al-Tadamon Charity, spoke about the “Tolerant Society” initiative implemented in Al-Shabura refugee camp in Rafah, where he listed a number of challenges that trouble the charity there, affirming the need to address them accordingly. He explained that a group of teenagers who were trained worked on producing a short theatric performance titled “Accepting others” as well as painting murals calling for accepting one another. Finally, Ghassan Al-Sheikh of the Ro’ya Friends Association, spoke over Skype about the “Tolerance Bus” initiative, and the implementation and impact of the initiative. Links were created between civil society organizations as they were hosted by the initiative to intensify efforts over disseminating a culture of nonviolence within the society. He also stressed the importance of cooperation between all organizations of the civil society and the presence of a basic guide of how they interact and coordinate efforts.

During the conference, attendees commended the promotion of nonviolence as a culture for the Palestinian community, especially under the current circumstances Palestinians are experiencing. 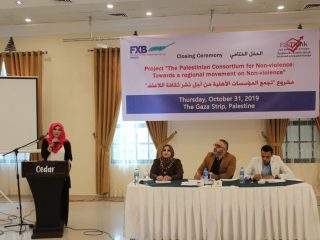 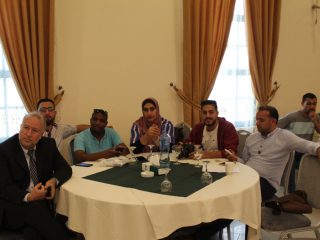 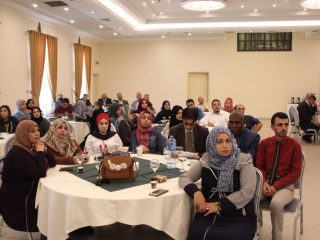 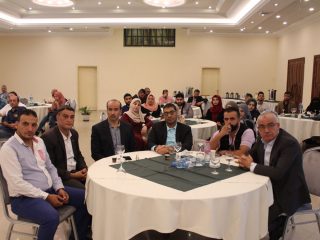 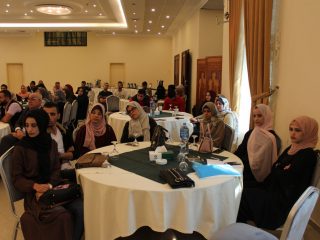 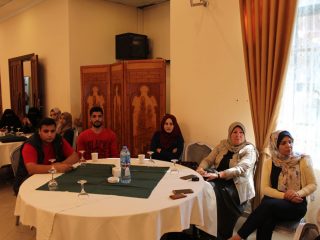 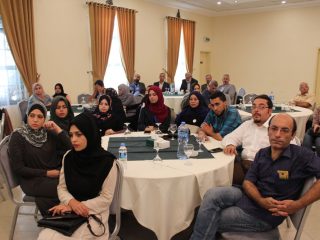 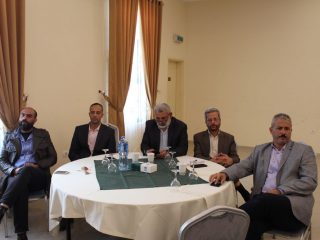 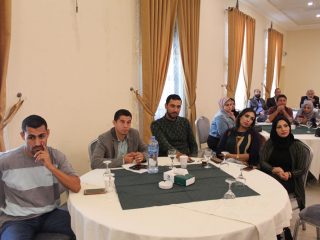 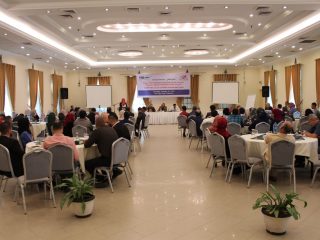 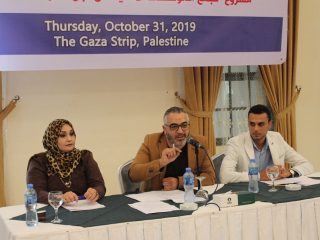 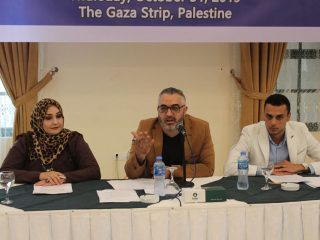 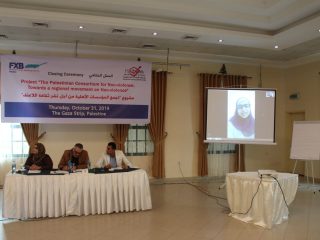 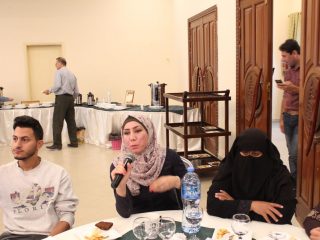 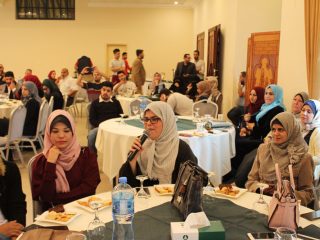 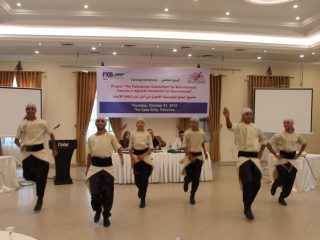 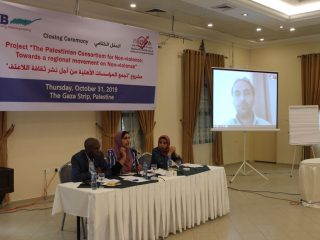 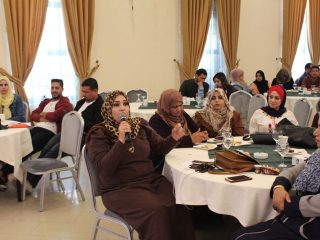 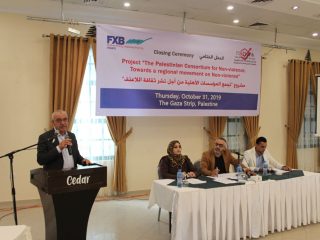 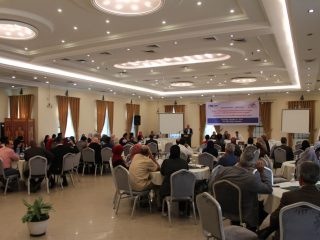