” Together Towards Non-Violence At Schools Initiative”

“Environment Free From Violence Against Our Children”

” Together Towards Non-Violence At Schools Initiative”

In cooperation with PalThink for Strategic Studies and FXB France, Benaa Youth Center implemented an initiative “Together Towards Non-Violence At Schools” as part of ” The Palestinian Consortium for Nonviolence” project. This project aims at encouraging school students to consider tolerance and to renounce grudge, callousness and conflicts amongst each other.

Divided into two phases, this initiative focused on producing a silent drama film as a first phase. Indeed, this film depicted the transitional behavior from the violence into non-violence through a third-party intervention when violence is reciprocated between two students. The second phase entailed providing the students of 2 camps each giving the space for entertaining and supportive competitions, film shows, sports matches and arts performances. As a matter of fact, this was shown during effective, interactive and prestigious discussions amongst the students.

The students expressed their support towards Non-Violence through drawing on the wall at schools in Abasan-AlKabira in Khan-Younes City. In addition, there were extra-curricular activities implemented for children to cultivate the morale of tolerance not only for students but also for all classes in society around the Gaza Strip.

The Ministry of Education – East of Khan-Younes was stunned by both the initiative and the audience owing to that the initiative focused on impacting the students, orienting them and planting the ideas of tolerance, dialogue and comprehension amongst them.

The Ministry showed its support and recommendation for upcoming activities similar to the ones implemented through this initiative in regard to making non-violence viral.

By and large, Benaa Youth Center implemented several initiatives and activities that entailed engaging youth in Palestine, increasing their experiences and building on their skills. The center staff members intend to sustain this kind of initiative for the sake of benefiting the civil society. 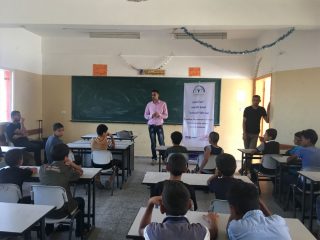 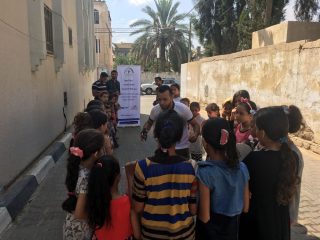 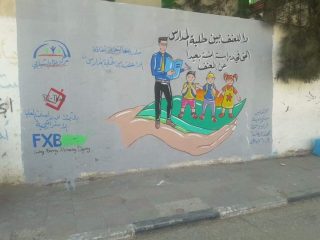 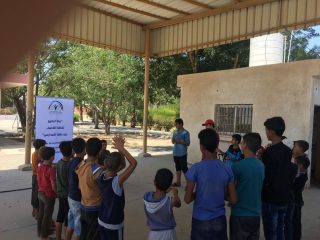 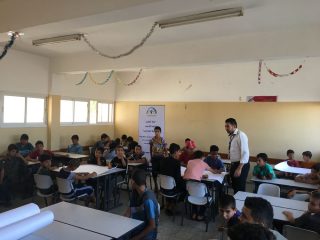 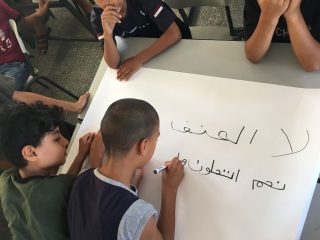