In cooperation with PalThink for Strategic Studies and FXB France, and within the project “The Palestinian Consortium for Nonviolence”, Shahed Center held a discussion in an academic day under “Non-Violent Mechanisms for the protection of Palestinian Women legally, socially and in media”.  Women Coalition for Justice and Equality “Erada” and with Media Center in An-Najah National University, participated in this event. Nagham Sadaqa and Leen Tubela, two Palestinian activists, led the discussion in presence of a large number of activists and students from the university.

This initiative aimed at both spreading the culture of non-violence, dedicating peaceful methods as dialogue for conflicts resolution and to let civil peace prevail.

This workshop focused on studying the needs and priorities of the Palestinian women in light of joining Palestine to CEDAW treaty that was highlighted by Ms. Samar Hawash from the Coalition of Erada. In addition, Ali Daraghma, a journalist, talked about what role media plays to cover the issues violating the rights of women. Erada, in addition, shed spotlight on the legal role for the protection of Palestinian women’s rights.

“The new campaign will focus on abolishing the arbitrary divorce as men are not allowed to declare divorce of their wives before following the disciplined rules of the court.” Mohammad Abdo, from Coalition Erada, added.

At the end of the workshop, Doha Myari, Educational Researcher, asserted that curriculum is an educational and vital armor not only with an academic dimension but also with wide, unlimited, social and cultural dimensions. “It is thus an influential and key didactic base for all members of the community. It prepares students to be effective leaders and change-makers. Our curriculum has to equally represent women, their roles and professions that reflect the positive image about women; this is to change the stereotypical thoughts in our community.” Doha said. 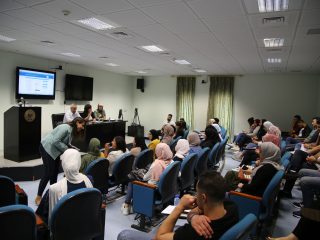 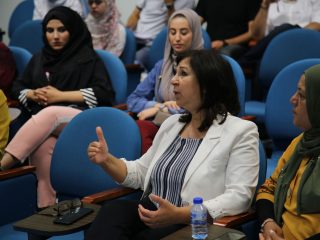 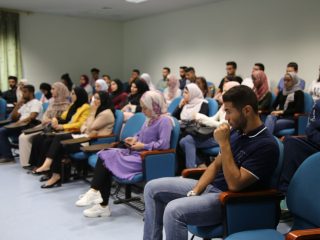