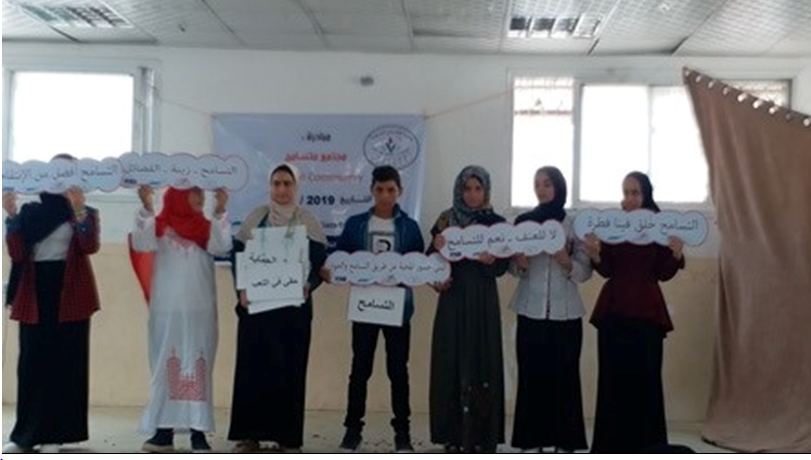 Al-Tadamon Charitable institution in Rafah implemented an initiative entitled “Tolerant Society” in partnership with Pal-Think for Strategic Studies and FXB France, within the project “The Palestinian Consortium for Non-violence” which aims to spread and enhance nonviolence culture and the peaceful methods of conflict resolution.

The initiative was a pantomime show entitled “The right of children to live without violence” which calls for diminishing the phenomenon of community violence whether between family members or among all categories of society, in the presence of children, parents and community figures from Rafah governorate, after the show the discussion was opened with the audience to correct some wrong behaviors in the Palestinian society.

People engaged quite well with the idea of not accepting ​​early marriage which is considered as a type of violence, besides the discrimination between children in Palestinian society based on color, gender or others, participants recommended continuing awareness of nonviolent methods and targeting all groups and regions to spread the culture of nonviolence.

They also expressed their desire to be an effective part in society to disseminate the principles of civil peace, culture of dialogue and acceptance of others. In the same context of the initiative, the institution implemented three murals in the governorate of Rafah.

The first mural was in the ​​Shaboura area and the second was in the middle of Rafah and the third mural was next to Beer Alsabe High School, in order to keep the concept of tolerance in mind and to contribute to the spread of the values ​​of love, peace and nonviolence, the objectives of this initiative have been achieved by contributing to the establishing of the culture of love, cooperation and tolerance among people and the dissemination of a culture of nonviolence and community peace.

Finally, that the idea of the initiative was close to the audience and touched reality. Al-Altadamon institution seeks to carry out more activities that enhancing the culture of nonviolence and civil peace in Palestinian society. 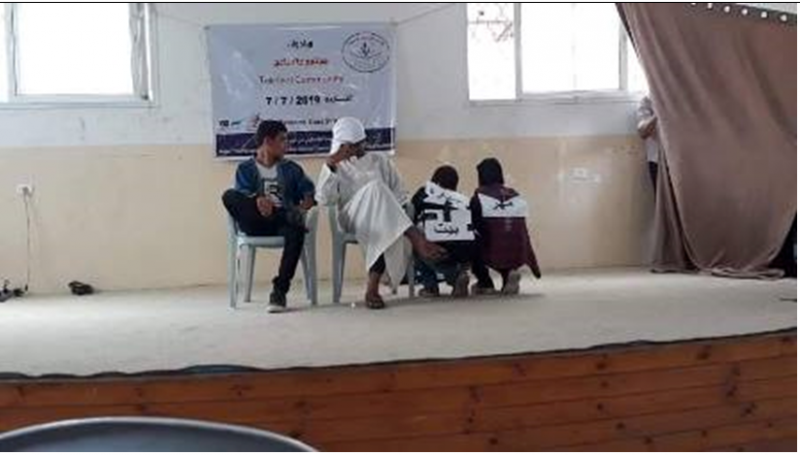 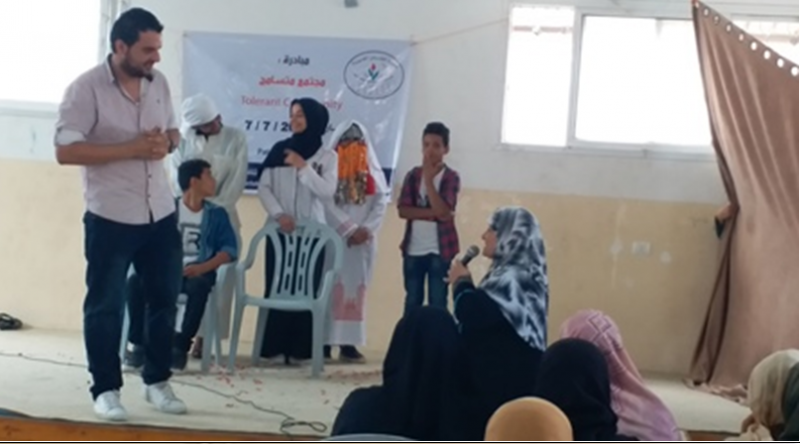 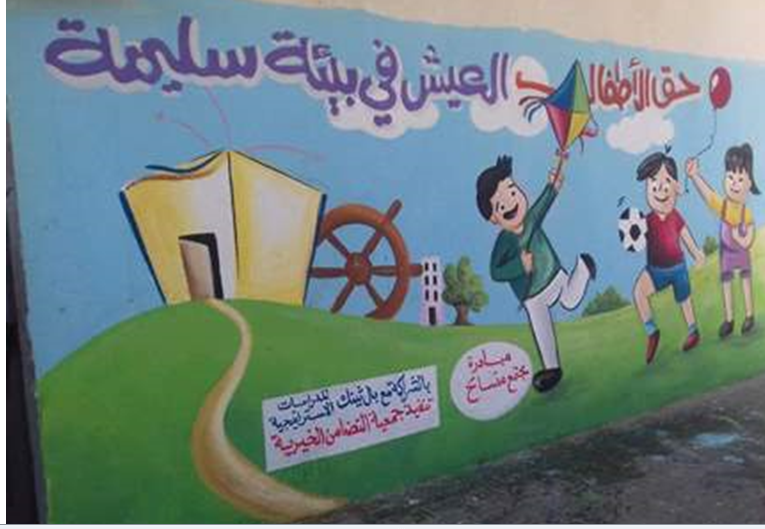 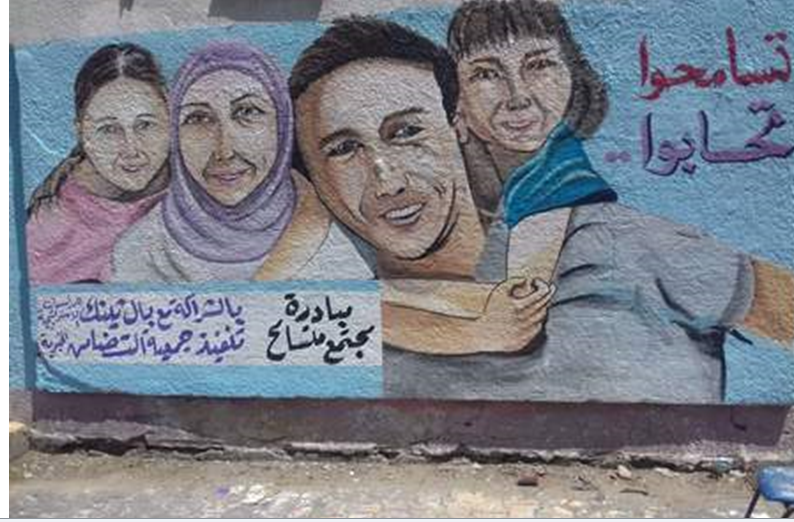 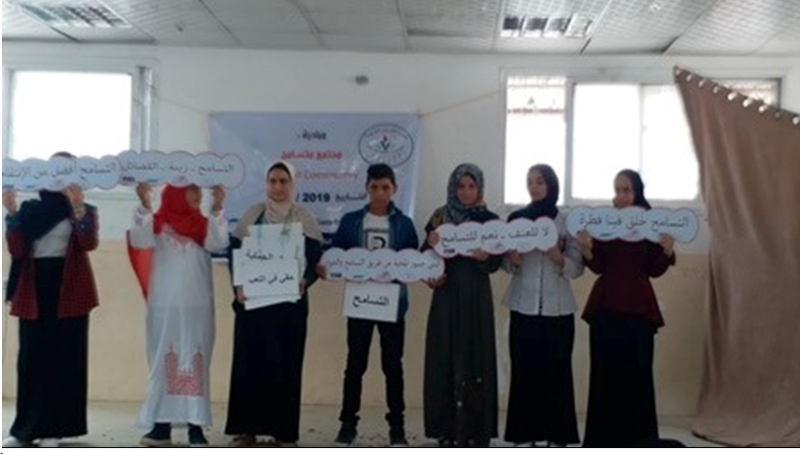 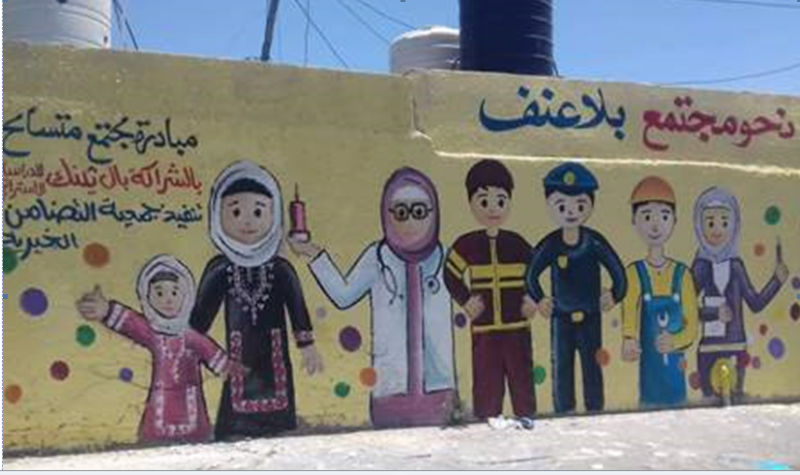