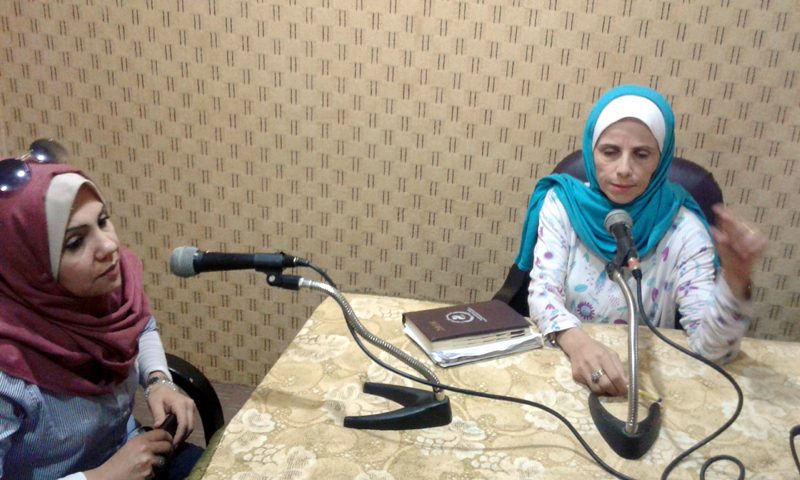 This program comes within “The Benefits of Non-Violence as a Culture and Instrument for Conflict Resolution Domestically & Regionally” “project, which aims to spreading civil peace and promoting the concept of nonviolence and its civilized methods. Participated in the episode, the both guests, projects coordinator of “University Graduates Association” Ms. Wala Al-Hayek, and executive director of “Zeina Cooperative” Ms. Haneen Rezeq. The two guests have already implemented initiatives through their institutions within the project to spread the culture of nonviolence.

Ms. Haneen initiated with pointing out the importance of the nonviolence culture, describing it as “an Old Modern Topic “, where most local and grassroots institutions work to disseminate this culture through various means and tools, most importantly workshops, conferences and community initiatives, to reach all groups of society starting with the Palestinian family. She also stressed the importance of the role of civil society institutions in accordance with its strategy and mission, including women’s institutions, since women are influential in society, whether through family or community work. She also spoke about the continuing awareness activities of these institutions that never stop to promote the culture of nonviolence, and how important is the role of alliances and initiatives in spreading the culture of nonviolence, pointing to the initiative her association launched along with the Pal Think entitled “By Dialogue we Solve Differences “ to promote peace, dialogue and renounce family violence within the Palestinian community. 35 of parents and their children beside those whom interested in the village of Um al-Nasser participated in the first meeting, involving all members of the family for discussion and dialogue.

On the other hand, Ms. Wala Al-Hayek mentioned that women’s institutions are working by several methods to fight violence in society, especially violence against women. First, through workshops and lecture, to raise awareness of the seriousness of violence in society. Second, through strengthen women’s skills to face violence. In this context comes the role of institutions to come out with solutions that promote the culture of nonviolence in society. She also talked about the importance of hosting violence experiences in front of other women, as an effective tool and realistic method that women institutions currently works on, where women demonstrate their successful peaceful means in supporting the culture of nonviolence. She also stressed that the role of institutions should be complementary, and come up with initiatives to the largest number of groups subjected to violence, and serves them to access peaceful nonviolent methods.  She also mentioned that these institutions worked successfully to highlight the problem of violence, and the extent of its negative effects. For example, the Graduates Association launched an initiative entitled “No for Violence “presenting silent show on Ghassan Kanafani stage that display violence between peers in schools. After holding several meetings with children, they ensured that violence at the school between children is the most common problems faced by them daily.

The show has a great interaction from participants including children, parents and others interested in theatrical work. Discussion opened for participants to suggest ways to solve problems and correct some undesirable negative behaviors, and strengthen positive behavior, stressing the importance of spreading the culture of non-violence and promote the language of dialogue between individuals at the family and community level.

At the end of the episode, participants stressed the need to intensify and diversify community initiatives, that support the culture of nonviolence and employ all means used by civil society organizations, including women’s organizations. These initiatives should be continuous to ensure their constant support for community peace and rejecting violence of all kinds, pointing to the importance of focusing on marginalized border areas. 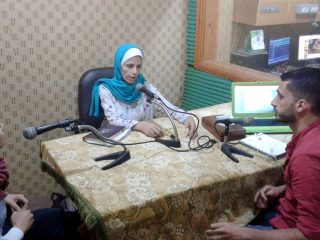 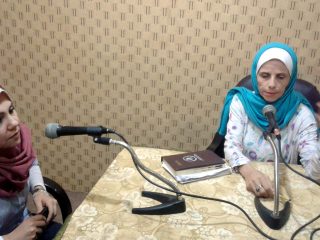 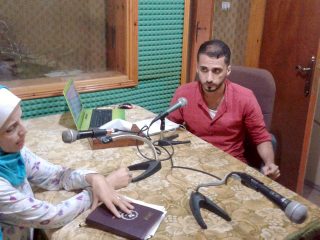