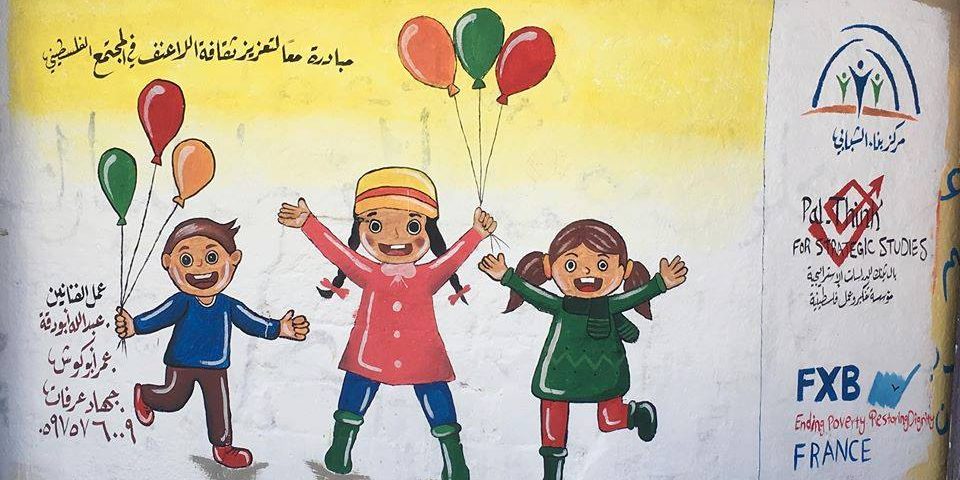 Within the framework of the nonviolence culture and its benefits, an initiative called “Together to Promote a Culture of Nonviolence in Palestinian community” had been launched by the Youth Building Center, in cooperation with Pal Think for Strategic Studies, and FXB organization. The initiative was attended by 30 participants from students and graduates who actively shared their views and opinions.

The initiative included 2 phases, the first was 12- hour camp where many activities such as, presenting videos on the culture of nonviolence in Palestinian community, an awareness meeting to discuss the concept of nonviolence in achieving tolerance.

During the camp the lecturer Majdi Barhoum,” head of the Department of Educational Technologies at the Ministry of Education and Higher Education”, talked about nonviolent communication, peace building, tolerance and acceptance of others, lobbying and advocacy and its role in conflict resolution, and how to promote tolerance among the participants youth, to be applied within society, a contest was held on the topics discussed during the awareness meetings, regarding the concepts of tolerance and nonviolence in the Palestinian community. Another meeting was held to come up with the second stage idea, which were sketches applied on murals and many activities that promote the spirit of tolerance among the audience. The idea was highly encouraged among the participants as it combined both curricular and extracurricular activities. The participants also showed interest in implementing similar activities either as individuals or groups to promote the culture of nonviolence within the community.

The second phase of the initiative was held in Greater Abasan area, where a mural was implemented supporting the initiative’s general objective. The purpose of the mural was introduced and explained to the region residents the goals and benefits of nonviolence culture, and they in return, expressed their interest in such activities. The participants recommended implementing similar initiatives and activities, and increasing awareness meetings on the culture of nonviolence for all segments of Palestinian society. 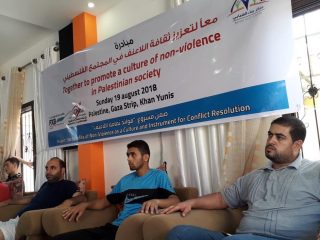 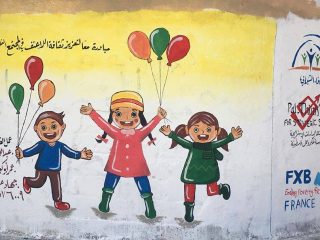 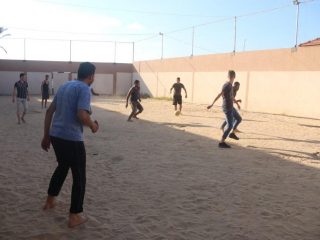 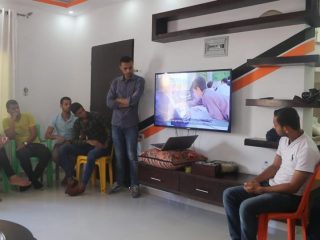 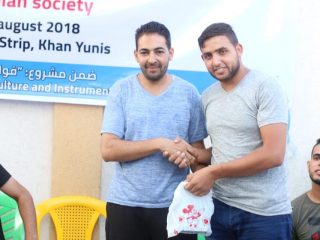 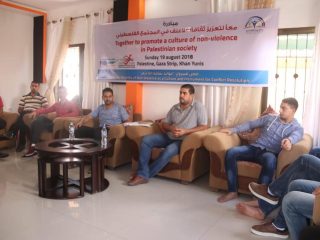 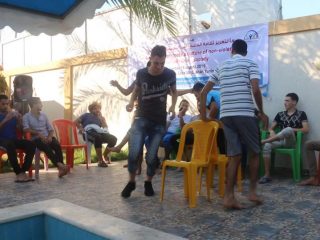 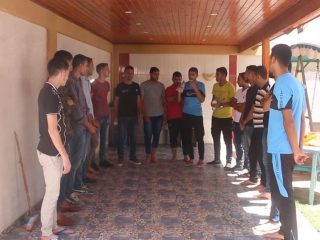