The Youth and Environment Association along with the Dairona Youth Group have concluded an initiative entitled “folk education: A Tool to Promote a Culture of Nonviolence” in al-Bishara neighborhood in the city of Deir al-Balah. The initiative came as part of the “Benefits of the Culture of Non-violence”, a project implemented in cooperation with the Pal-Think for Strategic Studies and funded by FXB .

The two-stage initiative aimed at reviving and promoting folk education as an effective tool in spreading societal awareness and values, in addition to culturally empowering young people to foster the concepts of tolerance and non-violence in their communities.  Moreover, the initiative aimed at establishing a youth team of graduates equipped with the basics of folk education as well as increasing their skills and abilities to enhance their level of awareness and knowledge within the boundaries of their communities.

The coordinator of the initiative, Mr. Hassan Abu Safar, stated that the initiative succeeded in creating an independent educational pathway for 20 young men and women who have practical experience in community work in the city of Deir al-Balah. During this pathway, ideas, life experiences and discussions have been exchanged. The initiative has also addressed topics of tolerance and culture of nonviolence, Palestinian identity, leadership and management of teamwork, in addition to several practical educational activities, such as folklore games, cultural competitions, storytelling, and drawing.

The initiative formed a youth committee from the neighborhood to help in supporting the activities of folk education. The committee cooperated with the team of the initiative in planning and implementing the educational activities with the youth, children and women of the neighborhood. Implemented educational activities included folklore, neighborhood decorating, cultural competitions, dabka, music, cinema and storytelling. In addition, “Burtuqal” (Oranges), a film by the director Maha Abu El Asal, was screened, after which parents and children were given the chance to discuss the behavior of the neighbors with each other.

The people of the neighborhood demanded the repetition of such initiatives, which call for tolerance and renunciation of violence, especially in light of the difficult living and psychological conditions Gazans are going through due to the siege. 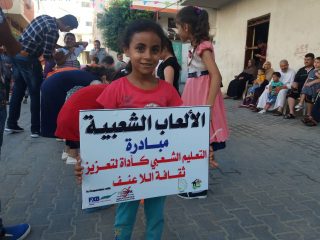 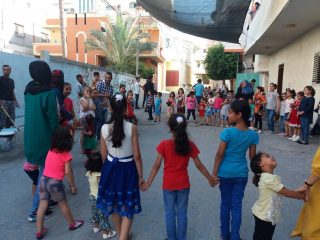 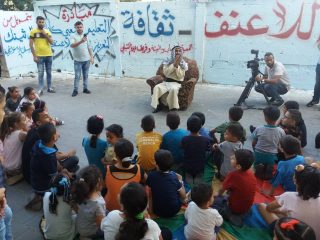 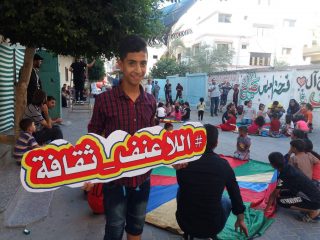 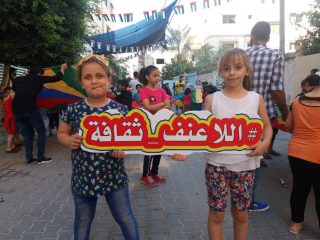 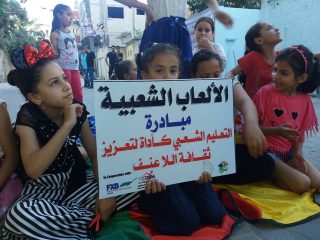 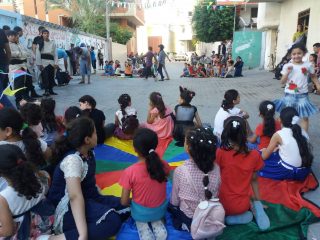 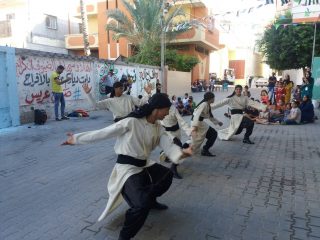 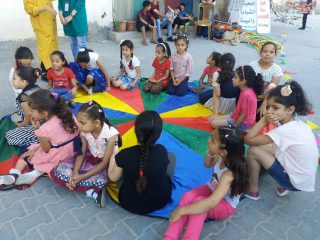 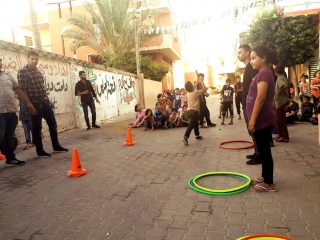 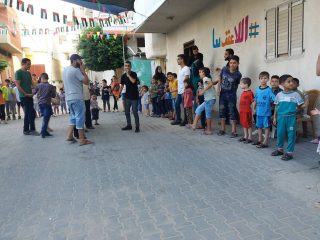 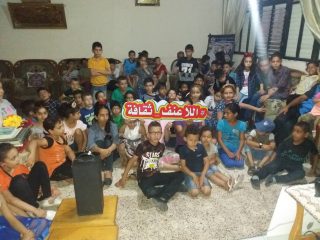 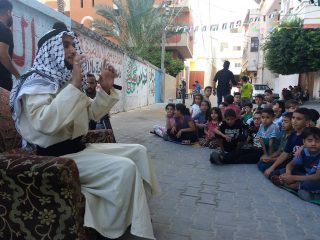 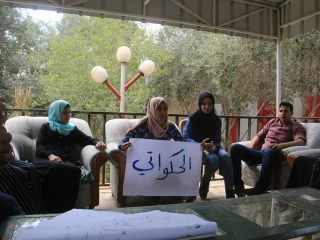 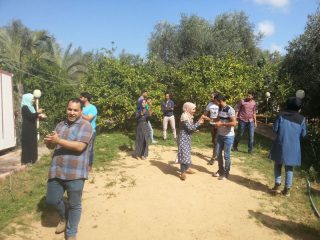