Elderly and people with disabilities shared their stories about nonviolence

PalThink for Strategic studies has recorded a radio episode about the role of the student movement in promoting nonviolence culture in Palestine, as a part of the  “Benefits of Nonviolence culture” which funded by FXB international donor. The Episode is coming within the domain of achieving the vision of the organization, its emphasis on nonviolence is a peaceful way of life and development, and its role in the promotion and protection of domestic peace. The episode was recorded and broadcasted on Alwan radio station on April 16th, 2018.

On live broadcasting, Mr.Ahmad Abu Halima, a member of student movement secretariat, talked about the student movements and their relations with the Palestinian parties, that works in the Palestinian fight through the development of the student’s actions toward this goal, while raising awareness for the cause and the importance of citizen engagement. And that, the student bodies emerged into the Palestinian universities as a community, which in turn can be considered a combination between the struggle convention, unions, and student bodies. Mainly through various activities and tools to stand up for students and consider them as a priority.

He added, the foundation of the student movement is provide a common space and activities to the student bodies, where it promotes accepting others and embrace disagreements, strengthen the value of freedom inside the university campus, to adopt the culture of nonviolence, while considering universities the national incubator for intellectual diversity in its different colors and views.

Fatma Awad, a social activist, one of the participants in this initiative, and coordinator to another among “Promoting Nonviolence culture in the Palestinian Universities” project, that the student bodies adopt nonviolent activities in their pleading of students rights. These activities, aim to unite the student bodies into one to face any violations noted. The student movement will start a protest by directing letters to the university administration, and conducting a continues peaceful protest for rights inside the campus. All these nonviolent activities are exercised by the student bodies in the Palestinian Universities.

Till the very end of the episode, the researchers have stressed the importance of promoting student initiatives, that aim to revive the culture of non violence in the Palestinian universities, and search for a common ground to raise awareness towards the acceptance e of nonviolent culture, during the pleading of the student bodies demands, and build a wider base for the student participation in movements and bodies. In addition, the researchers suggested on spotting a light on success stories and role models in this Palestinian field, and accept a unified media discourse capable of promoting the nonviolence culture in the Palestinian society. 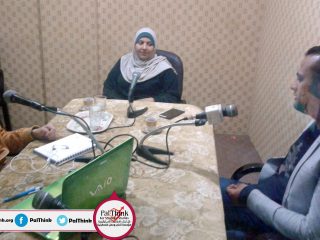 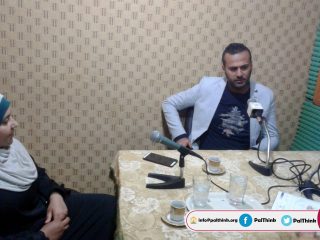 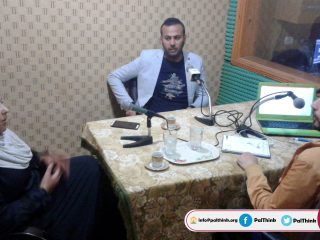