Workshop entitled “Together towards the best”

Initiative: “Enhancing the language of dialogue within university students and graduates”

As a part of “The Benefits of Non-Violence as a Culture and Instrument for Conflict Resolution” Project, Pal-Think held “Non- Violence Culture to Combat Gender-based violence” workshop, in cooperation with Al-Aqsa Sports Club in the central area of the Gaza Strip. This project, funded by FXB International, is geared towards disseminating nonviolence culture and combating violence in peaceful and civilized ways. This workshop is a part of a series of initiatives were designed to be held by the project’s graduates to bring about desired changes within their society. This workshop was conducted by the trainer and community activist, Mohammed Al-Tahrawi; attended by 20 young male and female university graduates from different specializations.

The session was opened by a word delivered by Pal-Think’s project coordinator, who spoke about the institution’s mission and about the project goals, such as spreading nonviolence, tolerance,  and acceptance of others concepts among society’s individuals and various youth groups. Afterthought, the trainer continued to define foundations and roles of gender, referring to national and international protection mechanisms against violence, particularly against women. He further discussed its causes and forms. He also motivated participants to come up and think of feasible methods to confront gender-based violence and what individuals from such gender-based violations.

In conclusion, participants recommended the need to provide all segments of society with these concepts to create community peace among them. The project will last for a year and will also target civil society organizations which in turn will implement initiatives to support and promote nonviolence culture and other related concepts. 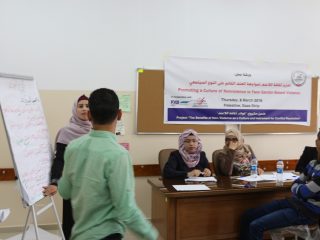 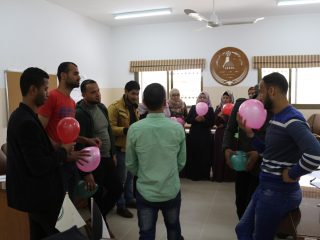 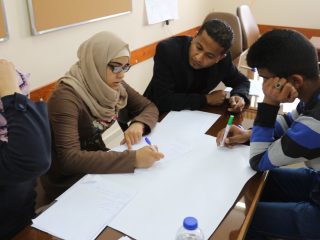 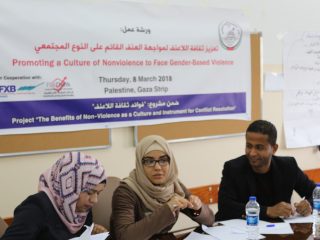