The Culture of Non-Violence as Lifestyle for Prosperity

Would Violence be denied in sports stadiums?

A radio episode entitled ” A culture of nonviolence to face gender-based violence “, was held by Pal-Think for Strategic Studies , within the project  “The Benefits of Non-Violence as a Culture and Instrument for Conflict Resolution” ,funded by FXB. The episode was broadcast on Radio Alwan in Gaza, it comes within Pal-Think vision and emphasizes  that nonviolence is a peaceful way of life and development, and has important role in the promotion and protection of community peace

Ms. Reem Fraina, Director of the Aisha Association for Women and Child Protection, was the guest speaker in the episode, she clarified that women’s organizations in the Gaza Strip follow different forms in order to confront the culture of gender-based violence such as lobbying, advocacy , awareness raising campaigns, and conducting studies that can identify the causes of the phenomenon of violence, in addition to the provision of assistance and guidance services to address this phenomenon, and these tools vary from one institution to another according to the vision ,agenda and scope of work, and in this context, art, theater and painting are employed as effective nonviolent tools , to promote the non-violence concepts in the Palestinian society, which suffers from occupation, division and siege, that affects the structure of this culture in society.

Ms. Fraina  pointed to the importance of socialization and education in schools as the first step in rejecting the phenomenon of violence and adopting a culture of nonviolence and dialogue as a major tool in advocating women’s issues, stressing the importance of the role of mobilizing young people as they are the largest segment in the Palestinian society and the most effective in creating real opportunities for women’s institutions  to face gender-based violence, so we should build a generation of young people who believe in a nonviolent culture and adopt it as a life style.

In her turn, Emtetha Abu Zubaydah, the youth activist and participants in the project, stressed that nonviolent tools have the magic effect in facing gender-based violence, through drawing paintings depicting the suffering of women and writing stories about violence in general and gender-based violence in particular, or through presentation of a play that highlight this kind of violence. , in addition to the use of music in fighting against extremism and violence, pointing to the importance of employing community media in this area through launching a media network on gender issues and networking between media organizations and institutions relevant to gender and highlight these issues, beside give a broader view of gender issues in government media, this will be able to contribute to success and greatly enhance the concepts of a culture of non-violence in society.

The youth activist and the project participant, Mohammed Al-Tahrawi, stressed in a phone call the importance of youth initiatives in raising societal issues and the need to increase awareness of the youth with concepts and ideas that promote the dissemination of non-violence culture in the society. 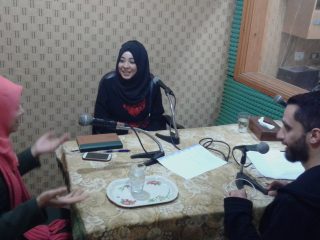 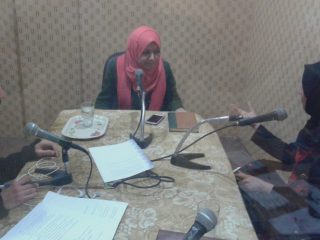 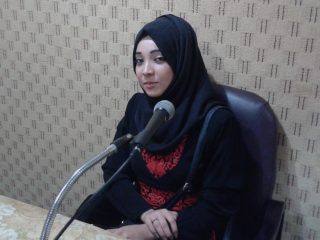