Initiative: “Enhancing the language of dialogue within university students and graduates”

The Culture of Non-Violence as Lifestyle for Prosperity

Mohammed Lubbad succeeded in conducting his first session entitled ” Palestine Sings”. Excitedly, Mohammed is a successful graduate of “The Benefits of Non-Violence as a Culture and Instrument for Conflict Resolution” project which mainly aims at spreading nonviolence culture within Palestinian society. It also focuses on other related healthy concepts, such as tolerance, acceptance of others, advocacy, lobbying and their role in solving disputes. One of the project outputs was implementing 25 educational and raising-awareness activities in cooperation with civil community institutions by the trainees (currently trainers) themselves.

The session was conducted in cooperation with Youth and Environment Association in Weir El Balah, the central area of the Gaza Strip.  Mohammed started by highlighting the project’s goals and desired messages and then he continued to start his initiative which basically focuses on music. He believes that music has a great effect on people. He also asked all artists and musicians to reflect nonviolence culture in their works. He wanted many of them to think of a collective lyrical song that would reflect life  in Palestine and call for peace and tolerance. It is a world message that Palestine seeks freedom and not war. The initiative included a collection of national songs and the Palestinian Dabkeh.

Finally, Participants thanked Pal-Think and the implementer of the initiative for their role in promoting this thriving and peaceful culture. Interestingly, this project will extend for a year and target civil community institutions that will implement initiatives to promote the culture of nonviolence and peace. 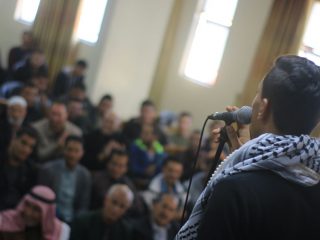 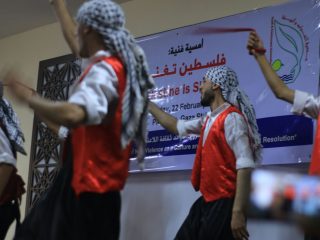 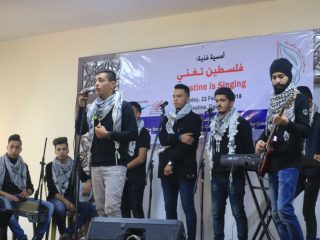 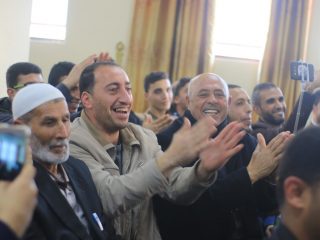 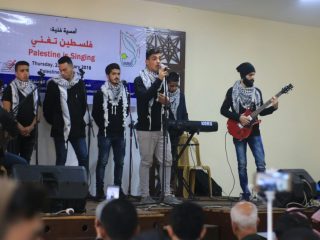 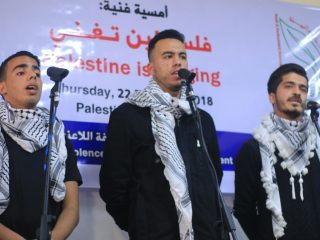